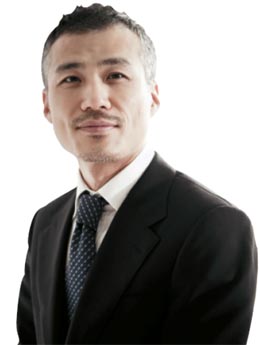 For many companies, becoming a household name is the pinnacle of success. But others have taken the concept a giant step further, developing brands that define a particular product in the consumer world.

Take Xerox and Kleenex, which many people use interchangably for copy machines and tissues, respectively.

Dolby Lab., a San Francisco-based company that develops sound technology, is part of that crowd as well. Consumers across the globe have become accustomed over the years to seeing its “double d” logo in movie theaters as well as on DVDs, CD players and - back in the day - walkmans. And its name has become synonymous with surround sound.

Although Dolby was founded in 1965, its Korean office opened just four years ago. At the helm is Nicolas Lim, who at just 42 years old is relatively young for the position of country director. The Korean market has been extremely kind to Dolby, with revenues accounting for 13 percent of the company’s worldwide sales last year.

In fact, the Korean office has posted double-digit revenue growth every year since it opened.

With today’s mobile technologies changing the landscape of the electronics world, developers of audio products and sound systems are trying to capitalize on the trend and ensure that they don’t get left behind. The JoongAng Daily sat down with Lim to talk about his management philosophies, the company’s local operation and its future.

Q. What is your management philosophy?

A. I think balance is the key. Balance is important in life and I believe the same applies in business management.

And I think my role here is to make sure that we keep that balance at all times. You know how if you are standing at a higher place, you get to see more things? I believe it’s just like that. Being at the top, I have a better view of the bigger picture and a better chance at catching where the balance may be off and seeing how best to fix it.

Dolby Korea is a relatively young, small office. What are some pros and cons of being small?

Dolby headquarters emphasizes two things: vision and teamwork. Because Dolby Korea is small, it’s easier to make sure my employees keep their eyes on the shared vision and that they work together closely.

But because we are a young company, one of the challenges is guiding my employees through their personal career goals. I consider people management and talent development very important. But I think this could also be a good thing: There is not one set way to further your career here. It could lead to anywhere.

I understand you’re a fan of gadgets. What about them appeals to you?

I have hundreds of electronic products. I don’t use all of them now, but I bought them thinking, “What can this do for me?”

What is really interesting with today’s electronic products is that it isn’t really their functions that make people open their wallets anymore. It’s entertainment, as is the obvious case with the iPhone. Electronic goods today appeal to people’s senses and emotions.

In your opinion, how important is audio when it comes to entertainment?

I once asked myself, “When watching a movie, if I could choose just one between video and audio, what would I pick?” My answer is audio.

Is that because you work for an audio company?

Dolby is now developing sound systems for mobile devices. Is this the future direciton of the company?

Dolby Mobile technology has been available since 2008. But we can say that today Korea is leading the popularization of the technology. LG Electronics became the industry’s first to use the technology in its mobile phones (currently available in four different models).