Thursday: Speaker Benjamin A. Le Roy will deliver a lecture on IT priority issues. Le Roy is the senior trade officer in the economic section at the U.S. Embassy in Seoul and covers information technology, telecommunications, pharmaceuticals and overall FTA implementation. Previously, he worked in Sao Paulo, Brazil, as an economic officer, focusing on macroeconomic policy. He received a double major in political economy and Spanish & Portuguese at the University of California, Berkeley. He worked in Seoul from 2005 to 2007 as a consular officer. The event is free of charge and will begin at 10:30 a.m. and end at 12:00 p.m. and will include a networking session, the official meeting and a Q. and A. session.

The meeting will be held at Qualcomm Korea Ltd. in Secho-dong. For details, call (02) 6201-2200 or e-mail amchamrsvp@amchamkorea.org.

Thursday: Dr. Heisoo Shin, a representative of the Korean Council for Women Drafted for Military Sexual Slavery by Japan, will deliver a lecture on women, progress and civil society over dinner.

Women face human rights injustices, in addition to gender-based discrimination. Women and children also account for most casualties of war and make up most of the world’s refugees, displaced and poor populations.

Dr. Shin has been working for 30 years to protect and promote women’s human rights, especially in the area of violence against women, globally. She has been affiliated with the Asia Pacific Forum on Women, Law and Development for 15 years and at the United Nations she has been an expert on the Committee on the Elimination of Discrimination against Women over the past decade.

The lecture will be held at Eco Bapsang organic restaurant near Gyeongbokgung Station, line No. 3, exit 3. For details and to RSVP, e-mail seoulstudy@gmail.com or visit http://seoulsg2.wordpress.com. 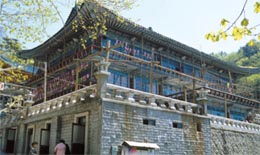 Saturday: Join RAS for a tour of Doseon Temple, one of Seoul’s most important ancient Buddhist temples, where the group will take in the spectacular scenery and classic traditional artworks. Situated on a slope halfway up Mount Bukhan, Doseon Temple was founded about 1,100 years ago just beneath the three main peaks of Mount Samgak, a sacred and prominent mountain. It is one of the most religiously important monasteries of Seoul.

This tour will be led by David A. Mason, an expert on both Korean Buddhism and Korea’s folk-religion traditions.

The tour departs at 10:00 a.m. from Yongsan Post Office, located at Sinyongsan Station, line No.4, exit 1, and returns at 1:30 p.m. Participants may elect to stay longer at the temple and eat a basic vegetarian Korean lunch at the temple cafeteria, or at a restaurant in the neighborhood below. Another alternative activity is taking a brief hike on the scenic trails in the park during the afternoon. Maps are available. The cost is 35,000 won for members and for 42,000 won for nonmembers, inclusive of transportation, admission and workshop/sampling fees. For more details, visit www.raskb.com.

Krause will lecture on some simple activities that can boost the quality of classroom teaching. Krause works as a teacher and teacher trainer in Japan, where she has worked with more than 250 groups of teachers from all over the world for more than 30 years. She is the founding coordinator of JALT’s Teaching Children SIG. She has published books and articles on teaching, teacher training and teaching methodologies.

Cornwell will speak about the things he has learned from his students. He has worked as a teacher in Osaka, Japan, since 1995. As a co-coordinator of JALT’s Teacher Education Special Interest Group, he has conducted teacher training sessions in several countries in Asia and the U.S. Cornwell is a graduate of the School for International Training’s MAT program and recently spent time there as a visiting professor working on Second Language Acquisition and Curriculum Design.

The conference will be held from 10 a.m. to 6 p.m. at the Daegu Exhibition & Convention Center. The cost is 8,000 won for members and 20,000 for nonmembers. For more information, visit www.kotesol.org. 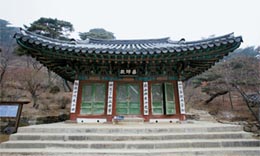 Sunday: Take this chance to explore Ganghwa with RAS. As the fifth largest island in Korea, Ganghwa is located at the mouth of the Han River and famed for its ginseng and woven mats. Located near Seoul, it was used as a refuge by kings fleeing from Mongolian and Manchurian armies during the Goryeo (918?1392) and Joseon (1392-1910) periods. Ganghwa dominated the sea approach to Seoul and saw several clashes with foreign naval forces just prior to the “opening” of Korea in 1876. The trip includes stops at Deokjijin, Dr. Kim Young Duk’s traditional Korean residence and Chondung Temple of the Inherited Lamp.

*Event information is culled from the organizations listed.