This Book Is Overdue!: How Librarians and Cybrarians Can Save Us All 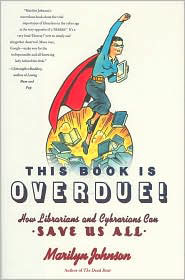 From the bottom of a pile of paper and discs, books, e-books, and thumb drives comes a cry of hope: Make way for the librarians! They know best how to beat a path through the googolplex sources of information available to us, writes Marilyn Johnson, whose previous book, The “Dead Beat,” breathed merry life into the obituary-writing profession. This Book Is Overdue! is a romp through the ranks of information professionals and a revelation for readers burned out on the stereotyping of librarians. Blunt bloggers spill their stories, as do a tattooed, hard-partying children’s librarian; a fresh-scrubbed Catholic couple who teach missionaries to use computers; a blue-haired radical who uses her smartphone to help guide street protestors; a plethora of voluptuous avatars and cybrarians; and the quiet, law-abiding librarians gagged by the FBI. These are just a few of the visionaries Johnson captures here, pragmatic idealists who fuse digital tools with their love for the written word.

The Harvard Psychedelic Club: How Timothy Leary, Ram Dass, Huston Smith, and Andrew Weil Killed the Fifties and Ushered in a New Age for America 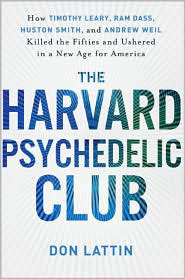 This book is the story of how three brilliant scholars and one ambitious freshman crossed paths in the early 1960s at a Harvard-sponsored psychedelic-drug research project, transforming their lives and launching the movement that inspired the explosion of yoga classes, organic produce and alternative medicine.

Timothy Leary would be the rebellious trickster, the premier proponent of the therapeutic and spiritual benefits of LSD. Richard Alpert would be the seeker, traveling to India and returning to America as Ram Dass, reborn as a spiritual leader. Huston Smith would be the teacher, practicing every world religion and introducing the Dalai Lama to the West. And Andrew Weil would be the healer, becoming the undisputed leader of alternative medicine.

Making Ideas Happen: Overcoming the Obstacles Between Vision and Reality 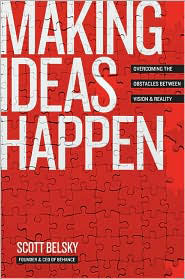 Edison famously said that genius is 1 percent inspiration, 99 percent perspiration. Ideas for new businesses, solutions to big problems and artistic breakthroughs are common, but great execution is rare. According to Scott Belsky, the capacity to make ideas happen can be strengthened by anyone willing to build their organizational habits and harness the forces of community. That’s why he founded Behance, a company that helps creative people and teams across industries develop these skills.

Belsky has spent six years studying the habits of creative people and teams-the ones who make their ideas happen time and time again. After interviewing hundreds of successful creatives, he has compiled their most powerful practices. In an increasingly flexible and entrepreneurial environment, creative minds have the opportunity (and responsibility) to solve and change industries - but they can only do that if they overcome the obstacles. While many of us obsess about discovering great new ideas, Belsky shows why it’s better to develop the capacity to make ideas happen - a capacity that endures over time.

Women Food and God: An Unexpected Path to Almost Everything 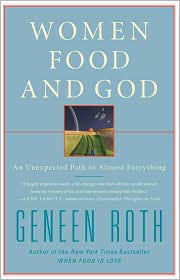 The way you eat is inseparable from your core beliefs about being alive. No matter how sophisticated or wise or enlightened you believe you are, how you eat tells all. The world is on your plate. When you begin to understand what prompts you to use food as a way to distract yourself, the process takes you deeper into realms of spirit and to the center of your own life. Rather than instantly changing your conflicted relationship with food, Women Food and God is about welcoming what is already here, and contacting the part of yourself that is already whole-divinity itself.