STALEMATE AT THE 38TH PARALLEL
The true soldier: stoic, respectful 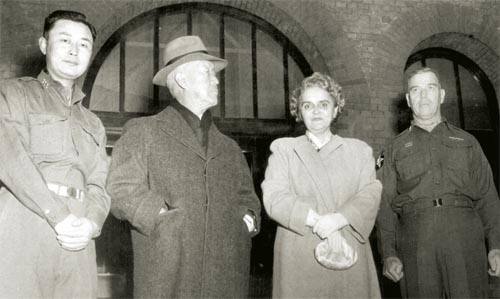 When talking about the numerous U.S. generals tied to the Korean War, it’s hard not to mention Gen. James Van Fleet, who had his own very distinct personality.

In April 1951, he gave the order to the U.S. 9th Division, the U.S. 10th Division and the ROK I Corps to push north from their respective positions.

This operation was aimed at getting the Mount Kumgang area in the North back. In coordination with the operation, an amphibious landing was also planned that would be conducted by the U.S. XVI Corps.

If we had gone along with the plan, considering the strategic situation, I am pretty sure that the operation would have been a success. Nevertheless, this operation never went beyond the initial planning stage for political reasons.

Ten days after the orders were given for the operation, Gen. Matthew Ridgway put a halt to it. In Washington’s eyes, the operation that would lead without doubt to a protracted armed conflict with Chinese forces wasn’t compatible with the overall strategic approach, which called for holding the current line without escalating the war and being drawn into large-scale battles.

General Ridgway was an excellent general who had played a key role in blocking the Chinese advance and in pushing the enemy forces north of the 38th parallel, but he was also a politician.

After General Van Fleet had quit his command of the U.S. 8th Army and we talked about the past, he told me that it was General Ridgway who had opposed the operation. 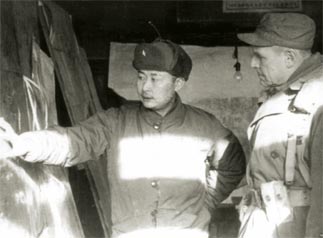 In that aspect, Van Fleet was a little bit different from Ridgway. His thinking was centered around finding ways to hurt the Chinese forces as much as he could. He was also a person who understood the Koreans and their emotions very well.

The U.S. 8th headquarters was located at Hyehwa-dong, and the U.S. general used the Seoul National University chancellor’s office. He would invite President Syngman Rhee two to three times during the week for dinner. President Rhee was 80 years old, and although he had studied in the United States he was a traditional Confucian.

Now, Van Fleet would prepare turkey, ham and steaks for his guests, and when they were served, with knife and fork in hand, he would hurry over to the president’s side and cut the steak for the president himself.

It was like a son trying to please his father. Needless to say, the much older president very much liked the U.S. general’s polite manners.

Nevertheless, on the battlefield, Van Fleet was a different man.

During the Korean War, a personal tragedy occurred in which his son James Van Fleet, Jr., who was a bomber pilot, went missing during a mission in April 1952.

His B-26 had taken off from Gunsan to bombard targets in the North, then disappeared. The next day the U.S. general was attending the ceremony of the formation of the ROK II Corps, but he didn’t let his emotions affect him and acted as if nothing had happened. I can only imagine the sorrow and pain he must have gone through at that time. He was a true soldier.

A commander’s perch on the front lines 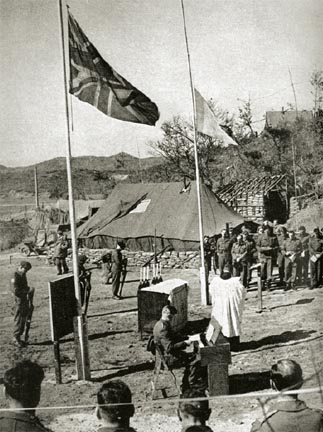 The command post of a British brigade during the Korean War. Provided by Paik Sun-yup

During the Korean War, the number of people manning the TACCP was relatively small, allowing the entire staff to be moved in just two to three jeeps. Nowadays, armored vehicles are used that are big enough to carry the whole divisional staff. As the vehicles are equipped with the latest communications gear, commanders now have the luxury of seeing the field much more closely, which enables them to make better decisions.

At the RCP, personnel in charge of human resources, logistics and the military police support all field operations. Artillery shells, which account for 85 percent of the total material that a division carries around, are kept at the RCP located outside the range of enemy artillery. Nevertheless, with the age of the Internet, the concept of CPs has changed dramatically. Nowadays, division commanders get real-time battlefield information from their own computers fed to them constantly through unmanned aerial vehicles and satellites.


60 years with the military, by Paik Sun-yup
Translation by Brian Lee [estyle@joongang.co.kr]