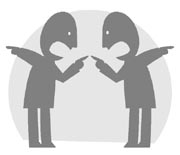 On Oct. 2, 1589, the 22nd year of King Seon-jo’s reign during the Joseon Dynasty (1392-1910), the entire court was in upheaval over a secret report to the king from the governor of Hwanghae Province. The report stated that Jeong Yeo-rip was planning to overthrow the government and was raising rebel forces in Jeolla.

All high-ranking courtiers were summoned to appear before the king in the middle of the night to deal with the coup plot. That night marked the beginning of Gi-chuk-ok-sa, the largest and the most disastrous investigation on charges of treason during the Joseon period.

Lee Joon-ik’s new film, “Like the Moon Escaping from the Clouds,” focuses on this investigation and the irreparable rift it created in the king’s court.

At the center of the divide were the Seo-in, or western, and Dong-in, or eastern, factions at court. Jeong Yeo-rip was associated with the Seo-in faction, but later switched his allegiance to the Dong-in faction and became a thorn in the Seo-in’s side. Because of this, Jeong was a controversial figure.

He had a history of being rebellious and questioning the present-day social order. Jeong famously once said, “Whoever served can be a king, and whoever ruled will be subjects.” He also talked about unifying the people under a common cause and was known for treating individuals of all classes equally.

Jeong was also a great leader, mobilizing a militia to fight Japanese pirates along the coastal areas of Jeolla in 1587. The magistrate of Jeonju, Nam Eon-gyeong, praised him, saying that “No one can surpass his talent.”

So while it seemed possible that Jeong was capable of organizing a rebellion against the king, the court was divided about whether Jeong was malicious enough to actually do it.

The investigation was long and left deep scars in the Joseon government. Over a thousand prominent figures were executed because they were acquainted with Jeong. And the court was further divided when the Dong-in faction split over a disagreement on Jeong’s guilt.

When the Japanese invaded a few years later, the fractured government turned its aggression inward, rather than toward the Japanese.

In Lee’s film, the courtiers arguing amongst themselves immediately before the invasion sound eerily familiar to modern viewers. They respond to each other not based on evidence or cool reason, but on pure bias.

When the king is trying to decide whether they should flee the capital, one leader bluntly says, “Since the other side claims the Japanese will invade, our side should say Japan will not invade.” The king roars at them, “Can you not be united even on the issue of evacuation?”

I’d like to say the same to our politicians who interpret the cause of the Cheonan sinking according to their party interest and not the good of the country. I fear history is repeating and we are stuck in Lee’s film.