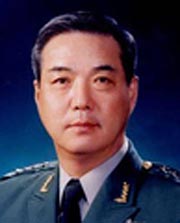 South Korea launched a 15-member presidential team yesterday to revamp the national security system, whose weaknesses were exposed by the Cheonan disaster.

Lee served as deputy chief of the South Korea-U.S. Combined Forces Command in 2005-2006. He spent most of his career in the operations field before his retirement in 2006.

The president also picked Lee Sang-woo, who currently leads a reform committee within the Defense Ministry, as the chair of the new national security task force.

In an unprecedented meeting with top military commanders last week, Lee said he would create the new organization and position to improve the country’s national security system, which came under scrutiny after the 1,200-ton patrol corvette Cheonan sank near the western sea border with North Korea on March 26.

The country’s military came under fire for belatedly reporting the incident to the president and top commanders, and failing to mobilize rescue operations quickly. North Korea is suspected of involvement in the disaster that left 46 sailors dead.

Kim Sung-hwan, senior secretary for foreign affairs and national security, said the new team will be called the Commission for National Security Review. “It is composed of five civilians and 10 others with military backgrounds,” Kim said. “It is expected to operate for two or three months.”

As special adviser, Kim will advise on military affairs and oversee the national crisis management center at the Blue House.