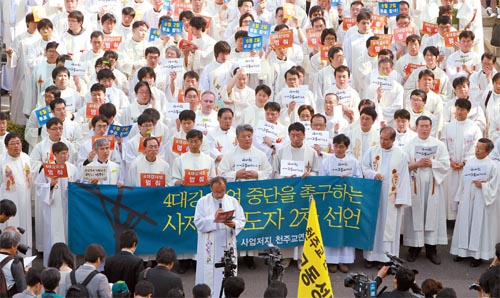 Thousands of Catholics gather in front of Seoul’s Myeongdong Cathedral in central Seoul yesterday to protest the government’s four rivers restoration project. Separately, academics and leaders of various environmental, civic and religious groups held a press conference in Seoul to ask President Lee Myung-bak for an official public discussion on the project. [YONHAP]