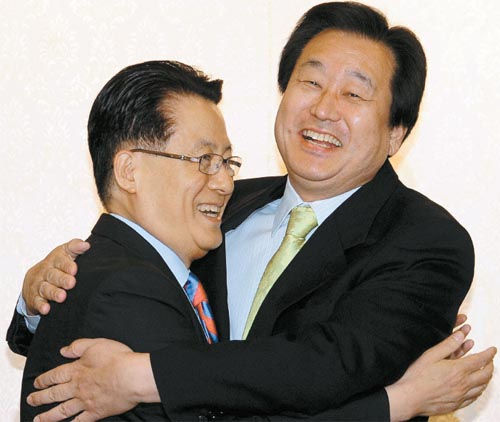 
The newly elected floor leaders of the ruling and main opposition parties agreed yesterday to seriously consider the appointment of an independent counsel to investigate charges that prosecutors took bribes from a Busan-based businessman.

Kim Moo-sung of the Grand National Party and Park Jie-won of the Democratic Party narrowed their opposing views on the appointment of a counsel yesterday at their first meeting as newly elected floor leaders in the National Assembly. The opposition party has championed the independent counsel plan.

The administration also decided yesterday to form a task force to come up with measures to reform prosecutors and police, as ordered by President Lee Myung-bak on Sunday.