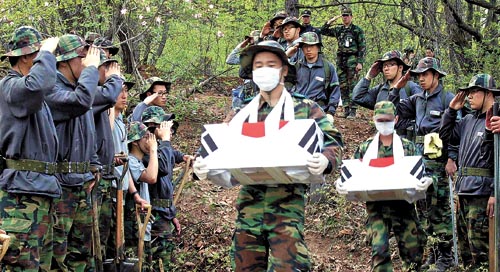 Army soldiers move the remains of Korean War soldiers recovered on Monday from Mount Eoryong in Mungyeong, North Gyeongsang. The excavation unit recovered the remains of 42 bodies between Friday and Monday in the battlefield that saw ferocious fighting during the Korean War (1950-53). Provided by the Army