North admiral ousted from all posts

North admiral ousted from all posts 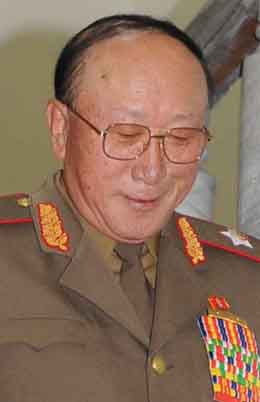 North Korea announced yesterday that it relieved a Navy admiral and senior member of its highest decision-making body of all his posts, citing his old age.

North Korea rarely announces the removal of an individual official based on age, but the official Korean Central News Agency said in a single-paragraph report that Kim Il-chol, 80, was relieved of all his duties as a member of the National Defense Commission (NDC) and first vice minister of the People’s Armed Forces.

The announcement raised questions among North Korea observers as two other NDC members, Jo Myong-rok and Jon Pyong-ho, are both older than Kim - 82 and 84, respectively.

Kim served as minister of the People’s Armed Forces from 1998-2009. Cho Myung-chul, a North Korea researcher at the Korea Institute for International Economic Policy in Seoul, speculated that Kim may have been disgruntled over his demotion.

Kim met with then-South Korean President Kim Dae-jung in 2000 when he visited Seoul as part of a high-ranking military delegation. His last public appearance was in April of this year when he attended the funeral of a ranking Workers’ Party official.

The KCNA report, which cited “Decision No. 06 of the NDC” issued on Thursday, did not say who would succeed him. Yonhap