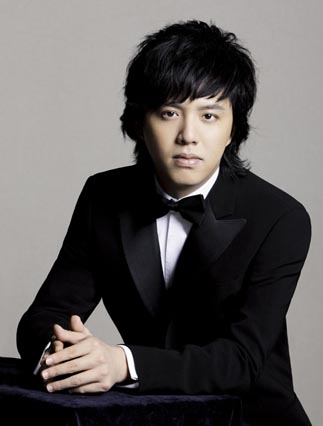 Yundi first won international attention at a competition named for Chopin in 2000. Provided by Warner Music

With the 200th anniversary of Chopin’s birth being celebrated across the globe, the classical music recording scene has been flooded with even more new recordings of the famous Pole than usual. The Chinese pianist Yundi, formerly known as Yundi Li, last month released a two-disc album of Chopin nocturnes.

It’s appropriate, since the 27-year-old pianist first won acclaim at the International Frederic Chopin Piano Competition in 2000, when he became the first participant to receive the first prize in 15 years, immediately catapulting the 18-year-old to worldwide stardom.

“I feel very confident with this album,” he said in an e-mail interview recently. “I think Chopin is the closest composer to me. He has an emotional heart, his music is very touching, a hero. He is more like a friend to me.”

In order to bring the composer’s music to life, Yundi said he has been reading a book, “Chopin: Prince of the Romantics,” which he purchased in a London airport a month ago while touring there. When asked what other composers he admires, he said, “There are many great composers and people I look up to, but at the moment I just want to focus on Chopin and his music.” He will keep up with his Chopin recording, with his next project the complete preludes, set for release in November.

Along with the album release, he also announced he will give a recital at the Seoul Arts Center on Nov. 1, almost two years after the last recital here. “I love to go and perform there as soon as possible! I am really missing my Korean fans,” he said.

Q. For your first EMI album, you chose to record the complete Chopin nocturnes. Of all the Chopin masterpieces, why did you choose the nocturnes? What makes this album special?

A. I choose Chopin’s nocturnes in Chopin’s anniversary year because I think nocturnes musically represent Chopin’s life path. This album has different repertoire, very focused. It’s complete nocturnes, one of the most important character of Chopin music.

Compared to yourself playing Chopin several years ago and today, have you undergone any major changes personally, musically or emotionally?

Yes, I feel more and more comfortable playing Chopin. I believe now I play musically and emotionally even more close to Chopin.

What motivated you to stop using your sir name Li and be called just Yundi?

I never changed my name, I am always in the Li family. I like to hear people call me Yundi, because that way I feel closer with them. I want to be closer to my fans. My families, friends all call me Yundi.

You are often talked about with Lang Lang since both of you are from China and same age. Some in the media have compared you and Lang Lang to the, operatic tenors Placido Domingo and the late Luciano Pavarotti. What do you think of this?

We are different, not comparable. He plays a large quantity of repertoires. That’s amazing.

Before you gained international attention as a pianist, you had been trained in your country, not overseas institutions. What distinguishes you from those taught abroad?

The music is an international language, it doesn’t matter where you study, it’s more important about your own feeling and understanding.