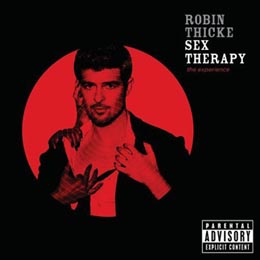 For those who are unfamiliar with the American singer-song-writer Robin Thicke, the title of this album - “Sex Therapy” - may be more intriguing than the artist himself. Supposedly as part of a guerrilla promotion for the album last year, Thicke’s label hired couples to strip down and make out in the street. But listen to all 17 tracks and you’ll realize there’s meat behind the eye-catching gimmick.

From beginning to the end, it’s a mix of genres from R&B to hip hop, and collaborations with big-name musicians such as Jay-Z, Estelle and Snoop Dogg. Thicke, known as the blue-eyed soul crooner, recently said in a media interview that he wanted to show his hip hop side with this album.