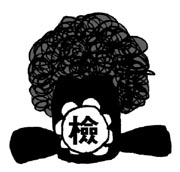 A man in his 40s with an Afro was walking along 14th street in Manhattan. A police patrol stopped abruptly pulled over beside him and three officers jumped out to arrest him. They claimed he looked like a suspected rapist wanted by the police and showed the man a police sketch of the suspect.

The middle-aged man was shocked by the drawing. The culprit was much taller and heavier than him and seemed to be about 15 years younger. The only thing that they had in common was their haircut.

After arguing with the police for 20 minutes, the police admitted that they were mistaken and released him. The man was Malcolm Gladwell, best-selling author and writer for the New Yorker magazine.

Gladwell was surprised to find that his curly hair outweighed other distinct physical features such as age, height and weight in identifying a culprit. The experience got him thinking about how we make quick first impression judgements all of the time and inspired him to write “Blink: The Power of Thinking without Thinking.”

In the book, Gladwell explains that when he decided to grow out his hair into an Afro, people immediately began treating him differently. While of a multiethnic background, strangers assumed he was African-American based on his hairstyle and often discriminated against him based on that assumption.

Of course, curly or permed hair has indicated different things at different times in history.

Julius Caesar made curly hair wigs for his soldiers to wear when they returned home from victory. Ordinary Romans who could not afford curly hair wigs sometimes even painted the shape of curls on their forehead.

Curly wigs were very popular among royalty and well-heeled individuals during the 17th and 18th century in Europe. King James II of England was fond of big curly hair wigs. He preferred wigs with curls that sat high upon his head and flowed gracefully down his shoulders.

William Hogarth, an 18th century British pictorial satirist, once wrote that curly hair was so attractive that a man or woman with particularly gorgeous curls held the attention of an entire room.

In Korea, curly hair has become the center of a recent controversy. In the midst of the prosecution scandal, Representative Hong Joon-pyo of the Grand National Party said, “Prosecutors nowadays do not work hard, instead they are busy getting their hair permed.”

Prosecutor General Kim Joon-kyu retorted, “Although my hair is naturally curly, someone is claiming that I got a perm. And the criticism against the prosecution has been made in the same manner.”

Why are we arguing about hairstyles when the country is faced with such problems?