Thursday: BBB Korea provides this opportunity for people of different ethnic groups to make friends and enjoy a downtown stroll.

This event is co-hosted by the Ministry of Justice for International Friends Day. The urban constitutional will begin at Cheonggye Plaza by Cheonggye Stream, and registration begins at 2 p.m. Participants will walk from 3:30 to 6 p.m.

Tuesday: Join the Kiwi Chamber and AustCham at a party with a delicious dinner, drinks and fun activities to bid farewell to Les Edwards.

Edwards has been in Korea for the last 16 years, and his previous positions include senior vice president of DDB Korea. He was a founding member and chairman of both the ANZCCK and the Kiwi Chamber, as well as the chairman of the Seoul Metropolitan Government’s Foreign Investment Advisory Council.

Friday: With tour leader Sue J. Bae, see the festive costumes, bright lanterns and celebratory dances that have traditionally been used to celebrate the birth of Buddha. The tour will take visitors first to Gaeun Temple and Chilsongam Hermitage to see its white Buddha, a 15-foot-tall stone relief.

Next, the group will make a stop at Bomun Temple, headquarters of the Bomun order, the only order of female monks in the world. After a picnic dinner at the garden of the Seoul Foreign School, the tour will proceed to its last stop, Bongwon Temple, to observe the resident monks perform several traditional ritual dances.

The cost of the tour is 32,000 won for members and 38,400 won for non-members. The tour will leave from the left side of Yongsan Post Office near Sinyongsan Station, line No. 4, exit 1 at 1 p.m and return at 9 p.m. For more details, visit www.raskb.com. 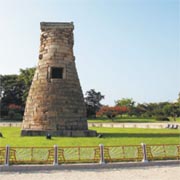 Saturday to Sunday: Join RAS for a tour of Gyeongju, known as Korea’s “museum without walls.” Selected by Unesco as one of the world’s 10 most important ancient cultural cities, it attracts more than 5 million visitors every year, and is home to a wealth of legends, art and ancient ruins.

The tour will first cover the tomb of General Kim Yu-shin and Anapji, a detached palace and pond constructed in 674 by King Munmu to commemorate the unification of the peninsula by Silla forces. Then, it will visit the Gyeongju National Museum and Cheomsongdae, a unique bottle-shaped astronomical observation tower. One of the oldest structures in Korea, it was erected during the reign of Queen Seondeok (632-647). After dinner, the group will cruise around scenic roads near Bomun Lake. Surrounded by cherry trees, this tranquil reservoir is one of Gyeongju’s most popular tourist sights. After an early Sunday morning breakfast, the tour will visit the Seokguram Grotto (National Treasure No. 24) to view the Great Buddha who meditates above Korea’s east coast. This grotto was made to appear as part of the natural hillside and is set below the peak of the mountain to catch the first light of the morning sun as it rises out of the sea.

Next, the group will visit Bulguk Temple, which dates back to about 1,450 years ago, when a small structure was ordered built here by King Beopheung, the first Silla king to adopt Buddhism. Restored in 1972, there are six national treasures on its premises. Afterwards the tour will take a look at traditional handicrafts at the Gyeongju Folk Handicraft Village, then learn about Seokguram Grotto at the Silla Arts and Science Museum. The last stop will be Poseokjeong, which is located in a peaceful grove of trees in the Namsan area.

The tour departs on Saturday at 8:30 a.m. from in front of the Yongsan Post Office, Sinyongsan Station, line No. 4, exit 1, and returns on Sunday at 7:30 p.m. The cost of the tour (including transportation, accommodation, entrance fees and three meals) is 198,000 won for members and 218,000 for non-members.

Wednesday: Join Amcham for active discussions on the transfer of wartime operational command of the Korean military and its implications for the United States-Korea alliance. The forum will take place in the Hallasan Room at the Seoul Club starting at 7:30 a.m. After registration and networking, participants will have breakfast until 8 a.m. A Q&A session will follow the speech. The cost includes breakfast and is 33,000 won for members and 43,000 won for non-members. For more information, call (02) 6201-2200 or visit www.amchamkorea.org.

Tuesday: Amcham and EUCCK are hosting a seminar on the topic, “Overview of the Foreign Legal Consultant Act and Its Implications.” Choi Chung-whan, chairperson of the international section of the Korean Bar Association, will be speaking.

The venue for the event is the Namsan 3 Room on the second floor of the Grand Hyatt Hotel.

The event will begin at 11:30 a.m. and end at 1:30 p.m. Admission is 60,000 won for both members and non-members, and includes lunch. RSVP to the Amcham office by May 17. For more information, visit www.amchamkorea.org.

*Event information is taken from the organizations listed.