In the EU, divided they fall

In the EU, divided they fall 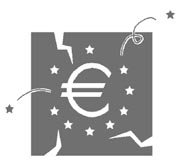 On a December evening in 2006, RTBF, a national broadcasting organization in Belgium, suddenly cut short its regular programming. A special news report was shown instead claiming that Flanders had proclaimed independence - effectively dissolving the Belgian state - and that the king and queen had fled the country. The video featured images of Flemish separatists waving the flag of Flanders while Francophone and Belgian nationalists waved Belgian flags. The report also showed scenes of airports crowded with nationals trying to leave the country.

The program was fiction. It was part of a project called “Bye Bye Belgium,” which the station had been preparing in secret for over two years. The objective was to raise public awareness of the regional strife between the Dutch-speaking north and the French-speaking south.

The station was flooded with calls, many of them critical of the hoax. It was said that nine out of 10 Belgians initially believed the news. The schism between the two regions was so great that such a scenario was not entirely out of the realm of possibility.

The north and south regions of Belgium have been feuding for a long time. At times, each side has been unscrupulous in its efforts to undermine the power of the other. Certain prominent figures in the south have even called for more immigration from Islamic communities in French-speaking Northern African countries in order to bolster the number of Francophones. Ironically, this pro-immigration policy coincided with the government’s ban on the wearing of burqas in public places, making the real political reasons behind it all the more obvious.

While the people might fight among themselves, Belgium is considered a model for the European Union. It has shown that diverse cultures and peoples can more or less get along and prosper. Brussels, the capital of Belgium, acts as the de facto capital of the EU. The official seats of the European Commission and the European Parliament are both in this city.

Unfortunately, this model is starting to shake at its very foundation. Calls for secession in the northern region of Belgium have been aggravated by recent election campaigning. The rift has gotten deeper than ever.

Europe unified with the hope of creating long-lasting peace on a war-ravaged continent. It was the modern-day version of arranged marriages between royal households that fostered alliances and friendships. The problem is that as the economic crisis worsens and it gets harder to survive, more and more countries are dreaming of a divorce. Debt-ridden Greece and the other EU members who are helping it out are starting to think that divorce might be a good idea.

They have now become well acquainted with the incompleteness of the European Monetary Union. While the two Koreas have yet to be reunified, the world might be falling apart.

*The writer is deputy economic affairs editor at the JoongAng Ilbo.