Casino win is a jackpot for science institute

Casino win is a jackpot for science institute 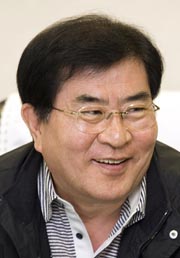 A man who won 766 million won ($664,065) in a jackpot - the largest sum ever won in a casino in Korea - has donated it to the Korea Advanced Institute of Science and Technology, known as Kaist.

Ahn Seung-pil, a 60-year old businessman, hit it big at Kangwon Land in Gangwon, the only Korean casino that allows Korean citizens to gamble.

When Ahn hit jackpot on Saturday morning, he asked the casino operator to hold onto the money, and he returned to Seoul. The next day, Ahn rang the casino to ask if he had the option to donate his winnings rather than keeping them for himself.

Fifteen minutes after he learned he could give the money away if he wanted to, Ahn called Kangwon Land again and said he wanted to donate it to Kaist.

Ahn confessed he hesitated for a while before making the big decision.

“I thought about paying off my business debt, but I figured this lucky money should be used for the country, not for an individual,” he said.

Ahn, who currently runs a cotton business in Seoul, was 4 billion won in arrears when the Asian financial crisis hit in 1997. He managed to pay back most of it, but not all yet.

“I can handle the rest of the debt by myself. Once I pay it off, I will sell my business and donate that money for Korea’s science technology, too,” Ahn said.