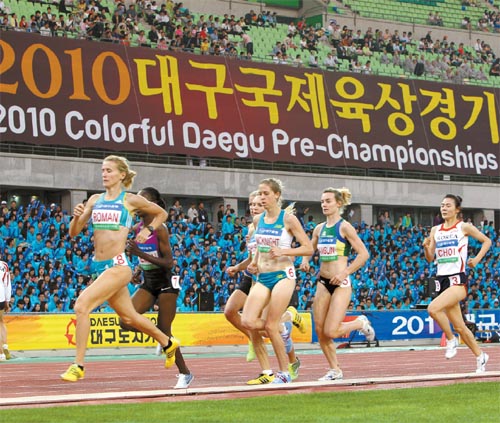 Participants compete in the women’s 1,500-meter event at the 2010 Colorful Daegu Pre-Championships Meeting at Daegu Stadium yesterday. The meet featured Usain Bolt of Jamaica, who holds the world record in 100-meter sprint. According to the organizers, tickets to the event - 68,386 in total - were sold out. [YONHAP]