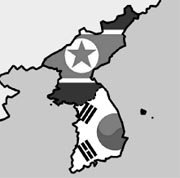 A Chinese friend once told me that people in Suzhou look down on people from Nanjing. He found this surprising because Nanjing is a beautiful city with a rich cultural tradition. It was the capital of six Chinese dynasties in history and has been the home of many famous writers and artists.

He explained that Suzhou people disliked people from Nanjing because they were “northerners,” even though Suzhou is only slightly south of the city.

In China, like in many other places, a major cultural and social divide exists between the north and south of the country.

Northern Chinese eat their meat in big pieces. They drink strong liquor served in a big bowl. They love to eat their dumplings with garlic and salted radish. In short, they eat robustly, not worrying about elegant presentations.

Southern Chinese, on the other hand, are refined eaters. They cut meat in thin slices and make it tender by cooking it in boiling water or stir-frying it in oil. They drink warm drinks with low alcohol content. And they eat dumplings with water, leeks and kimchi.

There are countless other differences between the southerners and northerners in China, in everything from politics to temperament.

The United States also has a strong north-south divide. They even fought a war over the differences between the two sides.

Of course, we, too, know something about the north-south divide. After 60 years of civil war, the cultural, social and economic gap between North and South Korea is bigger than ever.

Yesterday, the joint investigation team for the Cheonan sinking announced that they have concluded that a North Korean torpedo sank the 1,200-ton corvette in March. The disaster cost the lives of 46 sailors and has made reconciliation with the North less likely than ever.

We must remember that no matter what happens, North Korea is still part of our land and North Koreans are our brothers. In this tenuous time, let us come together in peace.