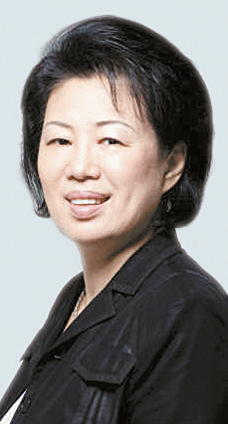 Yang Gui-ae never expected to become a classical music presenter, but when she became the honorary president of the Taihan Electric Wire Company after her husband, Sull Wong-ryang, passed away six years ago, she found a new way to share her lifelong love of music.

Yang, who is also on the board of directors of the Sull Wong-ryang Cultural Foundation, launched the Saturday Andante concert series in 2008 at Muju Resort in Muju, North Jeolla.

“I want the Saturday Andante concert series to be like a fresh spring in the mountains and I hope that the beautiful melodies resonating through the forest will calm exhausted bodies and minds while also filling concertgoers with energy,” Yang said.

The series takes place once a week, except in the middle of summer and winter. It has already featured performances by renowned musicians, including the cellist Chung Myung-wha, the violinist Yang Ko-woon, the pianist Son Yeol-eum and the pianist Lee Jin-sang.

Most recently, on May 8, Japanese conductor Tomomi Nishimoto made his first appearance in Korea through the concert series. He performed Tchaikovsky’s Fifth Symphony with the Korean Symphony Orchestra.

Yang got her start as a music presenter when she produced a “Salon Concert” series for audiences of 20 to 30 people with a love of chamber music.

“I thought that sharing the series with many more people would bring a lot more joy, so I expanded it,” she said.

She said she also wanted to provide area residents who are culturally isolated with more opportunities to enjoy the arts. To make that vision a reality, Yang oversaw the construction of a concert hall with a capacity of 500 people. This has given the Saturday Andante series a permanent home and provided a new space for additional cultural events in the area.

Yang has had a lifelong love of music, and she majored in piano in college. She still plays three hours a day, despite her busy schedule.

Her most recent additions to the concert hall’s list of activities are programs that provide children from low-income families and college music majors with greater access to cultural events.

Although music and business might seem like very different pursuits, Yang believes that her dedication to music has enriched her ability to do business.

“Business management and music are similar in that they both require that you set goals and have passion for your work,” Yang said.