Today: Join RAS for a lecture on “Superstitions and Perceptions of Early Korea-Western Relations.” This lecture will provide the opportunity to examine in depth the interaction between Westerners who arrived when Korea opened to the West in 1882 and their Korean hosts by looking at Korean superstitions and the perceptions and misperceptions of the Westerners and Koreans. In the beginning, newly introduced Western technologies such as the railroad, streetcars and electricity were viewed with suspicion and fear by some of the more superstitious Korean people which led to violence as during the Baby Riots which will be discussed in detail. The speaker Robert Neff is a freelance writer and historical researcher specializing in Korean history during the late 19th and early 20th centuries. The lecture will be held from 7:30 p.m. to 8:45 p.m. in the Residents’ Lounge of Somserset Palace, Anguk Station, line No. 3, exit No.6. The cost is free for members and 5,000 won ($4.15) for nonmembers. For more information, visit www.raskb.com.

Today: Join FKCCI for a roundtable luncheon where experts will discuss the topic of “EU and Korea: Where Do We Stand.” Speakers will discuss new opportunities and concerns that have appeared on the horizon as the EU-Korea FTA approaches ratification. They will also speak about the evolving relationship between Korea and Europe, the main content of the FTA, and the steps that will follow ratification. Speakers include Hyemin Lee, Deputy Minister for Trade and Chief FTA Negotiator of MOFAT; Jean-Dominique Giuliani, Chairman of the Board of the Robert Schuman Foundation; a representative from the Delegation of the European Union to the Republic of Korea; Dr. Sanghyup Shin, Professor of Kyunghee University; and Dr. Sangtu Ko, Director of the Yonsei-SERI EU Center.

The luncheon will be held in the Bordeaux room of the Novotel Ambassador Gangnam from 12 p.m. to 2 p.m. The cost is 65,000 won for members and 75,000 won for nonmembers. For more information, visit www.fkcci.com. 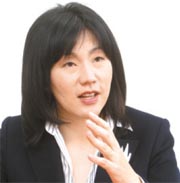 Wednesday: Jie-Ae Sohn, the spokesperson for the Presidential Summit for the G-20 Summit, will give a speech entitled “The Upcoming G-20 Seoul Summit and Thriving as a Professional Woman in Korea.”

Sohn joined the committee in February 2010 and she has been on the media scene since 1985. Before joining the committee, she was the correspondent/bureau chief of CNN in Seoul, a job she has held since 1995. She covered major news stories out of Korea, including summits between South and North Korea, the nuclear weapons standoff between North Korea and the United States, and the booming Internet industry.

The event is from 7:00 p.m. to 9:00 p.m. It begins with a registration and networking session and continues with dinner, a speech, and a Q & A session.

It will be held in the Bordeau Room of the Novotel Ambassador Gangnam.

Thursday: A networking cocktail party will be held for FKCCI members and French and Korean exchange students majoring in economics or engineering.

The event begins at 7 p.m. in the Orchid room of the Grand Ambassador Seoul and ends at 9 p.m.

Friday: International Cafe Huh will be hosting a wine tasting event. Activities for the evening include a blindfolded tasting challenge and human bingo, and great prizes are available such as wine bottle sets, champagne, wine information books, movie tickets and more. The venue for the event is Cafe Huh, which is on the 11th floor of the Pagoda Tower in Gangnam. The event lasts from 6 p.m. to 9:30 p.m. and costs 10,000 won (3,000 won for Pagoda students), which includes food, desserts and wine.

Sunday: The House of Sharing’s International Outreach Team is hosting a tour of the home of eight former “comfort women” and the adjacent Museum of Sexual Slavery by the Japanese Military.

So-called “comfort women” are women who were forcibly recruited into sexual slavery during World War II by the Japanese military.

To RSVP, e-mail visits@houseofsharing.org. The free tour will leave at 10 a.m. from Gangbyeon Station, line No. 2.

June 1: Andrew Salmon, correspondent for The Times and the Washington Times, will give a lecture on “The Battle of the Imjin River: A Korean War Tragedy.”

The lecture will focus on the largest offensive of the Korean War and discuss the importance of the Anglo-Belgian 29th Infantry Brigade in the battle.

Salmon spent over two years interview survivors of the battle for his book “The Last Round: The Epic British Stand on the Imjin River, Korea 1951.”

*Event information is culled from the organizations listed.