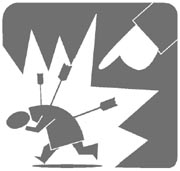 Brazil, Russia, India and China may be grouped into a BRIC by the rest of the world, but they do not know one another. They have different histories, cultures and interests.

Goldman Sachs economist Jim O’Neill grouped the four countries together in 2001 because of their fast-growing economies.

When the world continued seeing them as a group, the four nations decided to gather for a meeting. Barred from the advanced countries’ club, friendless Russia was the first to suggest it. Beginning in 2006, the foreign ministers of the four countries began meeting regularly and their first summit was held last June. While still awkward with one another, they relished the attention from the international community.

It was as if they were thrust together by others, but eventually discovered that they truly like one another’s companionship.

In short, it was a little like a “Pygmalion” effect, in that the expectations and attentions of others helped them to become more effective and produce good results.

In contrast, if someone is branded a “bad apple,” it affects him negatively and makes it more likely that they will eventually become bad. This could be described as a “stigma effect.”

A stigma is painful and destructive, whether it is a real stigma, a physical mark branded into the skin or worn on the body, or a social stigma. In an example of a modern-day stigma, a criminal with a record is always the first suspect when a crime occurs.

Can nations free themselves from their stigmas? Whenever dark clouds gather over the world economy, Korea always gets a thrashing in the international community. The government’s assurance that “things will be different this time” falls on deaf ears. Our record in the 1997 financial crisis will keep holding us back.

Bad neighbors can be equally as frightening as a stigma. The newly coined acronym for Portugal, Italy, Greece and Spain is PIGS. These countries used to be called the Mediterranean Club or the Olive Belt, primarily based on geography. Unfortunately, when the Greek economy crashed, the three other countries were also badly affected. Their situation, in turn, is rippling throughout the European Union.

Today’s world is a little like Cao Cao’s ships chained together, an anecdote in “The Romance of the Three Kingdoms” of China.

Because we are all open economies connected to one another, groups like the BRICs can be powerful when the winds are fair. But when the weather turns, they could very well become helpless like the PIGS.

In Korea, we have the storm caused by the financial crisis in Europe ahead of us as the tempest of the Cheonan chains us from behind. We should face these hardships with a firm determination to erase the stigma upon us. It is essential that we stay alert. There is no other way around.

*The writer is deputy editor of economic affairs at the JoongAng Ilbo.