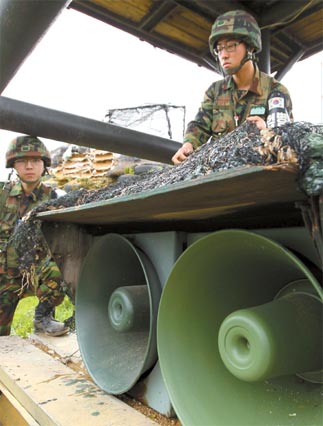 South Korean soldiers at the DMZ in Yanggu, Gangwon, check loudspeakers to be used to blast anti-North Korean messages or those extolling free, democratic societies. The South Korean Defense Ministry announced yesterday that it would resume its “psychological operations” in response to the North’s torpedo attack on the Cheonan. [YONHAP]