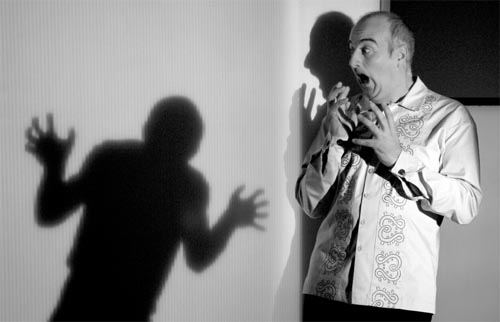 “Cocorico,” a French mime drama which is featured in the ongoing Chuncheon International Mime Festival, will be presented in Seoul this week. See THEATER, below. Provided by the organizer

Saturday: The Ansan Korean Music Orchestra presents a special outdoor concert in the heart of Seoul on Saturday. Since its establishment in 1996, the orchestra has performed over 80 concerts every year. In addition, it performed at the 17th Presidential Inauguration and at the world-famous Korea Gugak Festival.

The orchestra works to improve society’s perceptions of the disabled and provides music therapy and education classes to adolescents with developmental disabilities.

Sunday: Belying its name, Julia Hart is a local indie band that specializes in simple guitar pop songs. The band has produced eight albums since their 2001 debut, the most recent of which, “B,” was released in late March.

Julia Hart is known for their uplifting songs and the band’s lead vocalist has said that he hopes audience members leave their shows a little happier than when they came in.

June 2 to 5: World-renowned jazz guitarist and composer Pat Metheny has won 17 Grammy Awards since his debut in the 1970s.

He will hold four concerts in Seoul as part of his “Orchestrion Tour.”

The guitarist promises to wow audiences with his new “Orchestrionics” performance method which, as he describes, incorporates “acoustic and acoustoelectric musical instruments that are mechanically controlled using the power of modern technology.”

The performance will feature music from his most recent CD “Orchestrion” as well as some of his earlier hits.

The concert starts at 8 p.m. on weekdays and at 7 p.m. on Saturday.

To Sunday: Matthew Bourne’s hugely successful “Swan Lake” is wrapping up its fourth performance run in Korea this weekend.

In what critics have called an innovative and exciting, provocative and powerful performance, the multi-award winning production transforms one of ballet’s best-loved stories into a startlingly contemporary tale.

Featuring a cast of muscular male dancers playing the swans, Bourne’s version is witty and sexy and will leave a lasting impression.

As the daughter grows older and starts her own family, she begins to understand the sacrifices her mother made for her.

WHILE YOU WERE SLEEPING

To Sunday: Starting with a sold-out performance at its premiere in the winter of 2005, the hit musical “While You Were Sleeping” has been playing to full houses for years.

Choi Byung-ho, a patient in hospital room No. 602, vanishes suddenly. His disappearance is a mystery since Choi is unable to walk on his own, prompting the question: “What happened to him while you were sleeping?”

The musical was written and directed by Jang Yoo-jung, the well-known showman and author of “Searching for Kim Jong-wook” and “Hey, Bro!”

Thursday: In a special mime drama created by French actor Patrice Thibaud and acrobat Philippe Leygnac, the unique characters are sure to make you laugh. Full of original ideas, the performance also creates a lyrical feeling through its delicate powers of expression and distinctive melodies.

The performance starts at 3 and 8 p.m.

Friday to June 13: Anton Chekhov’s masterpiece “The Cherry Orchard” will be performed with a Korean cast.

The play tells the tale of an aristocratic Russian family that must return to their vast estate before it is put up for auction to pay off the family’s debts. While the play was intended to be a comedy, critics have long praised the piece’s dual nature, with some directors emphasizing its tragic elements over the farcical ones.

The performance starts at 7:30 p.m. on Tuesdays, Thursdays and Fridays, at 2 and 7 p.m. on Saturdays and at 2 p.m. on Wednesdays and Sundays.

To Sunday: This is an audience participation-style madanggeuk (an outdoor performance form) comedy based on the legend of Pak Mun-su. The show has been enthusiastically received at the National Theater Festival of Outstanding Children’s Performances, the Gwacheon Hanmadang Festival and the Uijeongbu International Musical Theater Festival.

To Sunday: The Universal Ballet Company presents a new interpretation of “Shim Chung,” a 1,500-year-old Korean folktale. The story is about a daughter who sacrifices her life to help her father see the world again.

Sunday: Bongsan talchum, Important Intangible Cultural Property No. 17, is a traditional masked dance-drama that was once popular in parts of Hwanghae Province in North Korea. This complete performance presents the play in its original form over a span of five hours. The performance is also significant because it is helping to maintain a traditional Korean performing art that is in danger of dying out.

Friday: Oh Gyeong-ja, leader of the geomungo (zither) section in the National Orchestra of Korea, presents a recital featuring works by composer Kim Man-seok, who knows her work well.

Wednesday: Pursuing its mission to preserve and transmit the art of pansori singing, each year the National Changgeuk Company of Korea seeks out talented young singers. Selected by audition, these singers show their skills in pieces from the five classic pansori stories. Commentary is provided by Artistic Director Yu Yeong-dae.

To June 19: The Gangneung Dano Festival is a long-running traditional festival that celebrates Dano, the fifth day of the fifth month according to the lunar calendar. This day, together with Lunar New Year and Chuseok, is one of the three major holidays in Korea.

To get there from Seoul, take a bus for Gangneung at the East Seoul Bus Terminal located in Gangbyeon Station, line No. 2.

Thursday to Sunday: This is the 14th edition of the Seoul Human Rights Film Festival, which was started in 1996 to spread freedom of expression and human rights. There will be screenings of up to 30 human rights films at the outdoor theater set up for the festival.

Screenings start at noon and are free and open to all.

June 4 to 7: This festival takes place at Busan’s beautiful Haeundae Beach, which is a popular summer vacation spot. One highlight of the festival is a hot sand bath, where visitors are buried from head to toe in sand, which is beneficial for health and beauty. Other events include a beach volleyball competition, an exhibition of different types of sand from around the world, and a marathon race. The festival continues into the night with spectacular fireworks displays, concerts and other entertainment events.

In addition, popular tourist destinations such as Jagalchi Market, Gwangalli and Taejongdae are all located nearby. Another attraction is the fresh raw fish, which is available during the festival at incredibly low prices.

From Seoul Station, take a train to Haeundae Station in Busan.