Big Bang to bring its talents to Summer Sonic 2010

Big Bang to bring its talents to Summer Sonic 2010 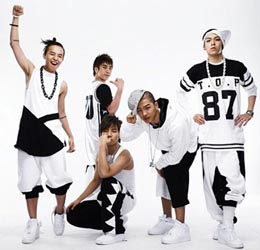 According to the lineup announced on the festival’s official Web site on May 25, Big Bang will perform on Aug. 7 in Osaka and on Aug. 8 in Tokyo.

This year’s festival will host performances by some of the most famous names in music, such as Stevie Wonder, Jay-Z, Taylor Swift, Nas and Jason Derulo.