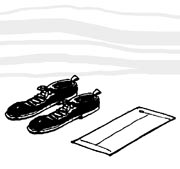 Suicide has long been seen as something that brings shame upon a person’s family and community.

In the fourth century B.C., Greek philosopher Aristotle argued that suicide was an act of cowardice to evade social responsibility. In ancient Athens, a law prohibited families from holding funerals for those who killed themselves and required that their bodies be buried on the outskirts of the city without even a tombstone.

In medieval Europe, suicide was thought to be caused by the devil’s whispers. A family who experienced a suicide was ostracized from the community and deprived of their fortunes and homes.

In the 19th century, after passing through the Age of Enlightenment in Europe, people started to look at suicide differently. They started to recognize that it was not the result of the devil’s trickery but rather the result of a disease like depression.

Therefore, the focus moved from punishment to prevention for suicide victims.

However, as the medical community believed that suicide was hereditary, families still were burdened with guilt and shame after a suicide.

This could cause depression and result in a tragedy in which the remaining family members also attempt to commit suicide.

According to a recent survey by the Children’s Center of the Johns Hopkins University, children whose parents committed suicide are three times more likely to kill themselves.

In Korea, 24.3 out of 100,000 people commit suicide each year. We have the highest rate of suicide among all OECD countries. An average of 35 people kill themselves every day.

Research shows that when a person commits suicide, five to 10 people close to him are dramatically affected. That means that the number of friends and family members affected by a suicide death amounts to 70,000 to 140,000 each year.

In order to help support this group of people, LifeLine Korea established a “support center for the remaining family members” in Seoul, Daejeon and South Gyeongsang on Tuesday.

Although we are fortunate to have such centers, much more needs to be done to help prevent suicide and support those touched by its dark shadows.

The whole of Korean society needs to come forward and embrace the remaining family members of suicide victims. If we cannot remove the stigma on these family members, our society will never mature.