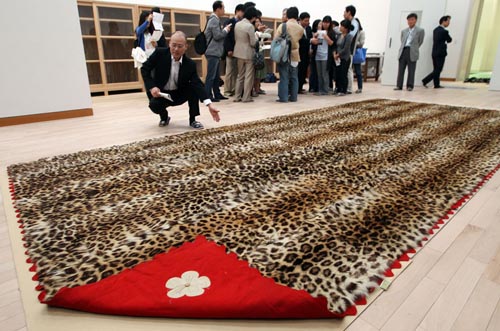 A leopard-skin carpet made for a Joseon royal family is unveiled yesterday at the National Museum of Korea. The museum said it might be the same carpet which was used by Empress Myeongseong (1851-1895) and later smuggled to the United States by an American soldier during the Korean War, but quickly returned. The museum found the carpet in its storage. [YONHAP]