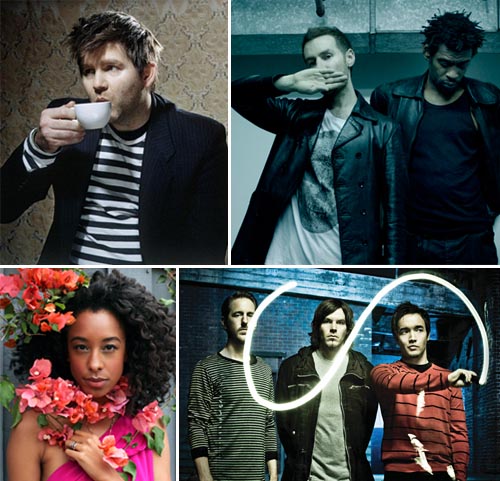 
Massive Attack, Hoobastank, LCD Soundsystem, Muse, Pet Shop Boys, Kula Shaker, Corinne Bailey Rae and Diane Birch are just some of the world-class artists scheduled to perform in Korea this summer at the country’s two major annual rock festivals - Pentaport and Jisan Valley. And the ever-evolving lineup, which includes some overlapping headliners, indicates you may no longer feel obliged to book airline tickets to Japan for the annual Fuji Rock or Summer Sonic festivals.

The festival, which is the nation’s first outdoor rock festival and is celebrating its fifth year, is scheduled to take place from July 23 to 25 at Incheon Dream Park, a newly-established park that spans nearly 82 acres. Over the three-day festival period, 70 musicians and DJs from Korea and abroad will be playing day and night on three different stages.

MNet, the event host and a major cable TV network, says that the star-studded lineup was made possible through its official collaboration with Smash Corporation, a Japanese music promoter that produces the Fuji Rock Festival. This year the Japanese festival will be held in the same period as the Jisan festival; the two festivals will share some artists.

Jisan, launched last year, earned a reputation as an “eco-friendly festival.” It is held at a ski resort in Icheon, Gyeonggi, that is less than a two-hour ride from Seoul by car. It’s slogan is “Go Rock, Go Green.” Last year, participating musicians included Oasis, Basement Jaxx, Weezer and Patti Smith.

Music fans going to either festival may book rooms in nearby lodging facilities, commute back and forth between Seoul and the festival venue or camp on-site for a fee. Visitors to the Jisan festival also have the option of booking a room in the resort, which requires a membership.

The Jisan festival has confirmed the participation of 34 domestic and foreign artists and the final lineup will be unveiled in June. Pentaport will release a list of additional artists in the same month.