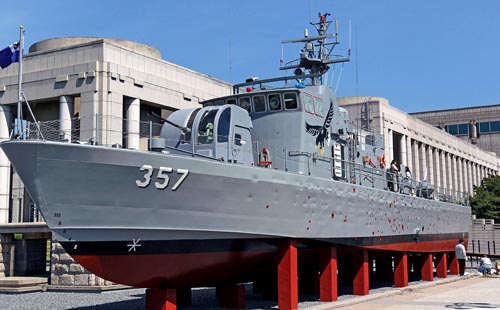 Workers at the War Memorial of Korea in Yongsan, central Seoul, yesterday put their finishing touches on the life-size replica of the Chamsuri-357, which will be unveiled for public viewing tomorrow.

The South Korean naval boat went down during a skirmish against North Korea in what became known as the Second Battle of Yeonpyeong in 2002 off the west coast.

Six Navy soldiers died in the clash, and the War Memorial will open the new wing on national security named after the boat.