A vote against false propaganda

A vote against false propaganda 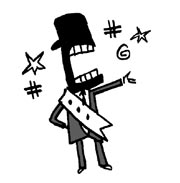 In September 1970, ahead of the presidential election in Chile, the United States Central Intelligence Agency was struck with a sense of crisis. The possibility that Salvador Allende, the candidate representing Popular Unity, a coalition of socialist parties, would be elected as the president of Chile was closer to becoming a reality. Meanwhile, outlandish, and false, propaganda was rampant. Rumors such as, “If Allende wins the election, mothers will have to send their children to Russia as slaves,” or “If Allende is elected, the United States will drive the Chilean economy to a catastrophe,” were circulated. Nevertheless, the Chilean people elected Allende as their president.

In an election, a smear campaign can be successful if it hits the mark. However, if the strategy is wielded in the wrong way, it will inflict a fatal blow when it boomerangs. In the fifth presidential election held in 1963, Park Chung Hee, who retired from the army right before the election, was in a tight race against former President Yun Po-sun. Yun raised suspicions about Park’s political ideology by perpetuating the rumor that Park had a relationship with Hwang Tae-seong, a North Korean spy, in order to drive him into a corner. But the strategy backfired, contributing to Yun’s defeat.

In the 16th presidential election in 2002, transcripts of wiretapping by the National Intelligence Service, which were exposed by the Grand National Party, shook up the campaign. Still, people planning to vote for Roh Moo-hyun did not change their minds. They viewed the wiretapping scandal as politics as usual.

False propaganda like this is not only harmful to individual candidates, it fans regional conflict. In the presidential election in 1971, a leaflet falsely claiming that Honam residents had decided not to buy goods from Yeongnam residents was circulated. Things went even further in the 1997 presidential election, when extreme expressions like “[the] Gyeongsang provinces will become a sea of blood if Kim Dae-jung is elected” were used.

In the local elections yesterday, the chronic disease of false propaganda that spreads during election season broke out without fail. The number of election law violations prosecuted on charges of spreading false propaganda - including personal attacks, slander, defamation and spreading false information - amounts to almost 200. Right before election day, it was even found that a dubious leaflet, claiming “If you vote for [candidate] No. 1, war will break out,” was distributed.

In order to keep false propaganda away from the campaign, we must show that it does not work in elections. Voters must punish candidates who resort to negative campaigning by defeating them in elections. And law enforcement authorities should stop being lenient with people who violate election law.