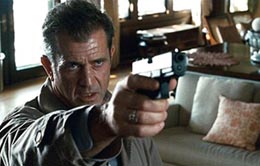 Thomas Craven (Mel Gibson), a single father, has been a Boston homicide detective for many years. His 24-year-old daughter Emma (Bojana Novakovic), his only child, is killed on the front steps of his home. At first it appears that Craven was the intended target. However, he soon uncovers evidence that his daughter had a secret life that led to her murder, and he decides to pursue the lead at all costs. He quickly finds himself confronted with a shadowy world of corporate collusion with government-sanctioned murder. In the process he collides with a secret government operative, Darius Jedburgh (Ray Winstone), whose job is to hide any remaining evidence. Craven’s singleness of purpose in finding answers about Emma’s death becomes a transformative experience that changes his life.

An unremarkable ghostwriter (Ewan McGregor) has landed a lucrative contract to redact the memoirs of Adam Lang (Pierce Brosnan), the former U.K. Prime Minister. After dominating British politics for years, Lang has retired with his wife to the U.S. and lives on an island. Soon, he is embroiled in a major scandal that reveals how far he was ready to go to nurture the U.K.’s “special relationship” with the U.S. But before this controversy starts, before even he has closed the deal with the publisher, the ghostwriter gets unmistakable signs that the turgid draft with which he is tasked contains highly sensitive material.

One day, Bang-ja (Kim Joo-hyeok) meets a woman named Seong Chun-hyang (Jo Yeo-jeong) and falls in love with her. When he discovers that he and his master Lee Myong-ryong (Ryoo Seung-beom), are in love with the same woman, he tries to ignore his feelings but the pair eventually fall in love. Meanwhile, however, Chun-hyang has continued her relationship with Myong-ryong to elevate her social status and the three become entangled in a web of sexual intrigue.

Acclaimed filmmaker Emir Kusturica traces the remarkable story of Argentine football legend Diego Maradona in this documentary. Maradona has a reputation as the people’s champion, an athlete who rose from humble beginnings to achieve worldwide fame, and who has overcome incredible adversity to become a living legend. As the director and his subject grow increasingly intimate, Maradona reveals details about his life that have never come to light in the public eye. A tour of the places that mean the most to Maradona offers a unique look at the way the soccer star was shaped by his surroundings, and conversations with the people closest to him offer a unique glimpse into his colorful personality. A conversation with Cuban leader Fidel Castro highlights how even the most powerful personalities become awestruck while speaking with Maradona. In the end, Maradona is portrayed not only as a virtuoso player but as man with a political view. 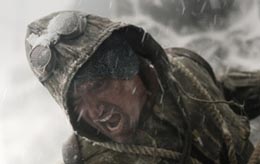 Based on a true story, “North Face” is a suspenseful adventure film about a competition to climb the most dangerous rock face in the Alps. Set in 1936, as Nazi propaganda urges the nation’s alpinists to conquer the north face of the Swiss massif - the Eiger - two reluctant German climbers begin their daring ascent. Henry Arau (Ulrich Tukur), the publisher of one of Berlin’s biggest newspapers, is a loyal son of the Third Reich, and when his editorial secretary, Luise Fellner (Johanna Wokalek), tells him she knows some climbers who would be willing to take on the Eiger, Tukur gives her free rein to assemble a team. Close friends Toni Kurz (Benno Furmann) and Andi Hinterstoisser (Florian Lukas) are serving in the German army when Fellner, who once dated Kurz, tries to persuade them to climb the Eiger. While Hinterstoisser is willing to take the risk in the name of patriotism, Kurz says he’ll put his life on the line only for his own reasons and not to please Germany’s leaders. Kurz and Hinterstoisser finally begin the climb in mid-summer, only to discover that a pair of Austrians, Willy Angerer (Simon Schwarz) and Edi Rainer (Georg Friedrich), are now challenging them in a race to the top.