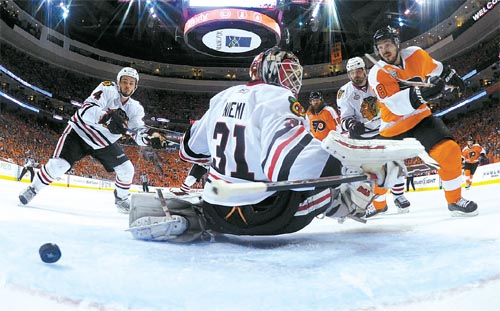 A shot by Philadelphia Flyers left wing Scott Hartnell, third from right, bounces past Chicago Blackhawks goalie Antti Niemi (31), of Finland, for a goal in the second period of Game 3 of the NHL Stanley Cup hockey finals on June 2, in Philadelphia. The Flyers won the game 4-3 in OT and now trail the series 2-1. [AP/YONHAP]