The most fearful thing in the world

The most fearful thing in the world 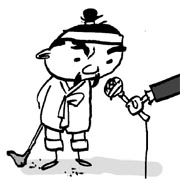 The ground was getting dry and the people were suffering from an unprecedented drought. The king’s heart became more anxious by the day. It was the 12th year of King Seongjong’s reign (1457?1494) in the Joseon Dynasty, and things were looking bad for the royalty.

In the days before opinion polls and elections, Korean leaders saw natural disasters as a reflection of public sentiment. The resentment of the people could reach heaven and bring down a disaster on the earth if the king ruled poorly.

King Seongjong understood the drought as a result of his own misrule. He vowed that he would live in a humble home, instead of the royal palace, and eat simple food just like his subjects. The king ordered that both local government officials and ordinary people report any corruption.

One year after these changes, rain still did not come, so King Seongjong took more drastic measures to appease the people. He delivered a public message in which he humbly pledged to listen and respond to his subjects’ criticism.

The ruling class joined in supporting the king. Three leading ministers admitted their corrupt activities and stepped down, begging the king to replace them with more virtuous people.

Their united efforts paid off. Today, King Seongjong is remembered for bringing prosperity to the kingdom and growing the national economy.

Other great kings in Korean history also made efforts to hear the will of the people.

King Yeongjo of the Joseon Dynasty, who reigned from 1724 to 1776, tried to mingle with his subjects and not remain isolated in the royal palace. In the 28th year of his reign, he summoned the tradesmen in the marketplace at the gate of the royal palace and asked what injustices they faced. They complained that they could not manage their businesses properly because of collusion between the military camp and profiteers. The king listened carefully and then ordered his officials to fix the situation.

One week after the elections, we hear that the Blue House and ruling party are reflecting on how they were completely ignorant of the public sentiment. The opposition party is cautious, too, and they are trying to find better ways of listening to the people.

Heo Gyun, a Joseon Dynasty writer and the author of “The Tiger People Theory,” wrote: “The most fearful thing in the world is the people. The people are much more fearful than floods, fires, tigers or panthers.”

It is fortunate, though belated, that the political community realizes that they should be afraid of the people.

However, I wonder whether they understand Heo’s comments properly. They should know that they will face real trouble if they distort or ignore the public’s sentiment according to their own interests.