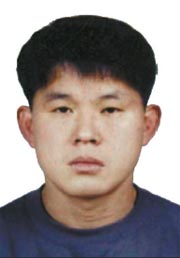 A convicted sexual offender was arrested for kidnapping an 8-year-old girl from a Seoul elementary school playground in broad daylight, bringing her to his nearby house and raping her, police said yesterday.

It is the latest in a series of sexual assaults of underage victims that have raised safety concerns among the public. The police decided to identify the suspect, Kim Su-cheol, 45, and release his picture, as they did in the case of Cho Du-sun, who was given a 12-year sentence for beating and raping a young girl inside a public bathroom in 2008. Kim is now being called “the second Cho” by Internet sites. The police also identified the victim by the surname Lee.

According to police, Kim confessed that he was drunk when he entered the grounds of Usin Elementary School in Yeongdeungpo District on Monday. He wandered the hallways unnoticed for an hour with a box cutter blade, found Lee alone on the playground at 10 a.m., and threatened to “kill her if she screamed.” He took her to his house, which was approximately 500 meters (1,640 feet) from the school, where he raped her. He then fell asleep, he told the police, “because he felt good.”.

Lee’s parents went to the school when Lee didn’t return home and viewed circuit camera footage, police said. They called the police. Lee, meanwhile, escaped from Kim’s house and was found near the school premises and rushed to the hospital.

An official from the hospital said she “underwent a six-hour surgery due to severe harm and would need at least six months’ treatment to recover.”

Kim was arrested in front of his house at 7:50 p.m., nine hours after he committed the crime, said police.

According to police records, Kim was a previous sexual offender, having received a 15-year jail sentence in 1987 for rape. Since doing prison time, he has had twelve other convictions against him, including physical violence and hit-and-runs.

Principal Park Gwan-yong of Usin Elementary “had nothing to say on the matter.”

Also yesterday, prosecutors demanded a death sentence for Kim Kil-tae, on trial for the rape and murder of a 13-year-old girl in Busan in February.