Opening the road to the sky

Opening the road to the sky 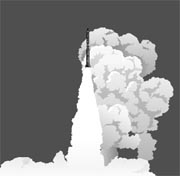 In 1956, Mao Zedong made a secret call to Marshal Nie Rongzhen ordering him to “open a road to the sky.” Thus, the first space technology research institute in China was born. The problem was that there were not enough talented scientists in the country to work there, as the facility was built at a time when the whole country was suffering from a lack of human and financial resources. But even though demand for talented scientists was especially high, the government gave the institute first priority and proceeded to reach out to talented Chinese scientists overseas.

Their focus was on Qian Xuesen, an aeronautics scientist in the United States. Qian was such an asset that U.S. officials reacted with anger, with one U.S. Navy admiral saying, “Qian is as valuable as five army divisions. It would be better to shoot him to death than send him to Communist China.” Nevertheless, Qian returned, following in the footsteps of other scientists who had also returned from abroad, including Liang Sili, a designer of inertial guidance platforms for ballistic missiles, and Wang Jisi, a satellite specialist. They were followed by Yao Tongbin, an expert in aerospace materials and technology; Zhuang Fengga, an aerodynamics expert; and Yang Jichu, a servomechanism expert.

This launched an intense period of study on missiles and rockets in China. The Ministry of National Defense dispatched over 30 scientists and 100 outstanding students to the institute. The General Political Department of the People’s Liberation Army dispatched some 3,000 officers and engineers. The Ministry of Industry provided some 300 architects and handicraft engineers.

Next, Nie drafted “14 principles for scientific development,” of which the four main points are: The primary duty of a research organization is to produce results and educate students; scientists should be respected and protected; research institutes should respect the opinions of party officials who did not major in science; and politics and academics should be kept separate.

Yesterday, Koreans were able to witness the Naro-1, Korea’s first space rocket, reach liftoff, and then fall tragically back to Earth. The news is devastating, but we must remember the importance of our efforts and try again. We must concentrate our nation’s resources on developing our space program, just as China did. The road to the sky is open to anyone who explores it.