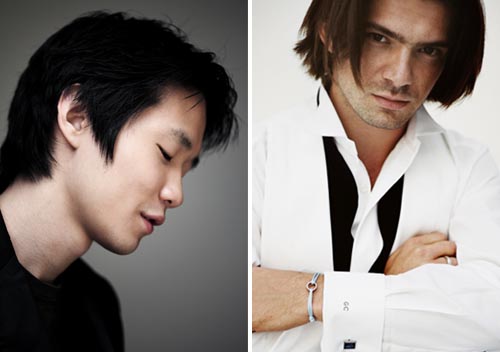 Pianist Lim Dong-hyek, above left, and cellist Gautier Capucon will hold a duo recital on June 26. Provided by Credia

The last 10 days of this month are sure to put the country’s classical piano music lovers in a festive mood.

That’s when world-class piano performers including Dang Thai Son, Peter Jablonski, Julius Jeongwon Kim and Lim Dong-hyek will give a series of recitals in Seoul and other cities, between June 23 and June 30. It’s not a piano festival - just a coincidence.

Starting out this serendipitous series is a duet by pianist Lim Dong-hyek and the French cellist Gautier Capucon, as part of the annual Ditto Festival, a domestic music festival hosted by Credia. Supported by famed concert pianist Martha Argerich over the past decade, the two musicians will perform Chopin’s Introduction and Polonaise brillante in C major and Rachmaninoff’s Rhapsody on a Theme of Paganini, Op. 43, and the Andante from his Sonata in G minor for Cello and Piano. According to Credia, it will be the first time Lim and Capucon have performed together.

Lim, 25, is considered a Chopin specialist since sharing third prize with his elder brother Dong-min at the International Frederick Chopin Piano Competition in 2005. For his slender figure and boyish face, he has long been one of the most popular classical musicians here, with nearly 40,000 members in his online fan community.

His recital partner Capucon, 28, is one of the world’s few young leading cellists. Since being designated “New Talent of the Year” at the Victoires de la musique classique, the most prestigious music awards in France, he has built up a concert career with many of the world’s leading conductors and orchestras.

Next, on June 23, Dang Thai Son, one of the greatest living Chopin experts, will break his five-year Seoul hiatus with an “all Chopin program” in celebration of the Polish composer’s 200th birthday. “Dang Thai Son has always been synonymous with Chopin,” said a spokeswoman with Mastmedia, a concert agency. 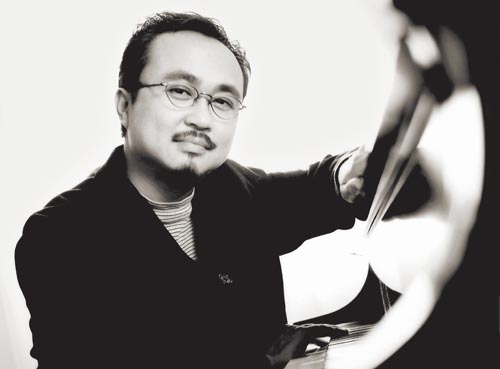 The Vietnamese performer is best known for being the first Asian pianist to win the International Frederick Chopin Piano Competition in 1980. Though he took the top prize at the contest, the event brought even bigger fame to Croatian pianist Ivo Pogorelic, whom Argerich proclaimed a “genius.” She resigned from the jury in protest against the decision to eliminate him in the third round.

Son has performed in Korea five times before, as well as serving on the juries at several international contests and as a faculty member at the Universite de Montreal in Canada. Last year, he recorded “Chopin’s Complete Mazurkas.” In Seoul, he will start with the Barcarolle Op. 60, which will be followed by the Waltz and Scherzo, in which he will show off his expressive rubato technique. Then he will perform Piano Concerto No. 1 in E minor, Op. 11, with the Korean group Quartet 21.

Last, Peter Jablonski and Julius Jeongwon Kim will play together as part of Kim’s annual “Julius and Friends” tour, now in its fifth year. The program will consist entirely of pieces for two pianos: Mozart’s Piano Sonata for Four Hands in C major, Arensky’s Suite No. 1 for Two Pianos, Op. 15, and Rachmaninoff’s Suite No. 1 for Two Pianos, widely known as the “Fantasie-tableaux,” Op. 5.

“As light has three primary colors, so does piano. Each of the three works will represent three different colors of piano,” wrote Kim in a release. The “three colors” refer to the bright and cheerful tone of Mozart, the emotional and lyrical mood of Arensky and the virtuoso flair of Rachmaninoff, he said.

The 35-year-old Korean pianist currently based in Vienna began has a long concert career with a history of successes at various piano competitions, including awards at such contests as the Concurs Maria Canals, the Busoni International Piano Competition and the Seiler competition. He has also played in concert with the world-famous conductor Vladimir Fedoseyev and with other international orchestras. Most recently, he played as a soloist at a concert in Poland in March in honor of Chopin’s 200th birthday. 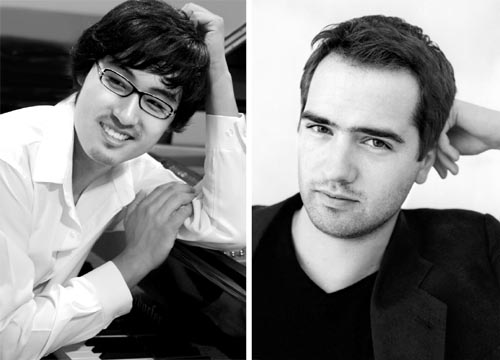 Peter Jablonski is a Sweden-born pianist who has captivated audiences with his dynamic technique. He burst onto the international stage at age 18, when he was brought to the attention of world-renowned pianist and conductor Vladimir Ashkenazy, who invited him to record the Gershwin Piano Concerto for Decca.

He has performed in Seoul several times before. In 1995, he played solo for an hour as he waited for the orchestra, which had been delayed due to a heavy traffic jam. His last visit was in 2008.

Peter Jablonski and Julius Jeongwon Kim’s concert is scheduled for 8 p.m. on June 27 at the Seoul Arts Center. Tickets begin at 33,000 won. The same program will be performed at the Busan Citizen Hall on June 23 and the Daejeon Culture & Arts Center on June 30. For more details on those concerts, call 1577-5266.