[NEW RELEASES] Sex and the City 2

[NEW RELEASES] Sex and the City 2 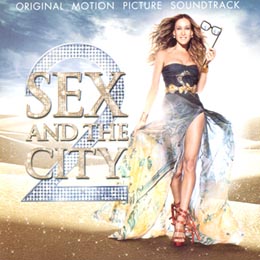 For the first film adaptation of “Sex and the City,” a decade-old TV show, it was Fergie of the Black Eyed Peas who sang the title song. R&B diva Alicia Keys is now in that role for the sequel released in Seoul last week, with the song “Rapture.”

Although the two different songs both incorporate the famous theme of the HBO series, both are very true to the movies and sum up pretty much how they will unfold. While Fergie delivered power and confidence, Alicia Keys creates a sexy, mysterious and exotic mood.

I certainly prefer the first film over the sequel, but the soundtrack is still full of 18 fabulous tracks in various genres. Some degree of inconsistency stems from the mixture of the latest pop trends with retro-style show tunes, but the album is redeemed by the participation of a handful of other top divas ranging from Dido to off-the-wall artists like Erykah Badu and Cyndi Lauper. The album also includes a little Arabic pop with an exotic Middle Eastern vibe, because the movie focuses on the four New York women traveling to Abu Dhabi.

Various Artists “Sex and the City 2”