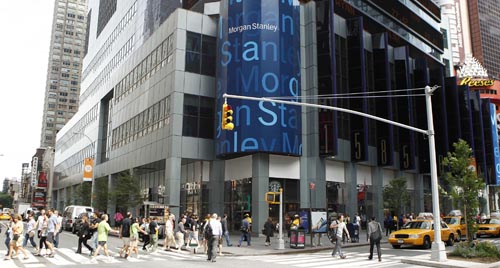 After Korea defeated Greece in Saturday’s World Cup match, the Greeks must be in a panic. But they were rejoicing back in 2001, when the country was admitted as a member of the euro zone, the economic and monetary association of European Union member states using the euro currency.

As we all know by now, this “developed” country is struggling with excessive national debt and might be the detonator for a possible global economic explosion.

How about Korea? According to MSCI, Korea is still classified as an emerging market. MSCI will decide on June 22 whether to upgrade Korea to the same developed market status as Greece.

The MSCI developed index now includes 24 nations. Korea did not make it into this exclusive club in June 2009, when Israel was included.

This year, Korea is being considered once again for the developed category, which would increase its investment appeal.

Institutional investors place developed markets on the top of the list. If Korea is included, as much as 28 trillion won ($22.8 billion) of investment is expected to flow into the country.

Analysts say it is uncertain whether Korea will be selected this time since conditions have changed little since Korea’s entry was frustrated last year.

At the time, MSCI called for the free overseas trading of the won, the abolition of the investment registration system for foreigners and the removal of intellectual property rights on the stock market data. The Korean government says its cannot make the changes as requested this year.

The developed markets index is not a panacea for economic ills, but it would be a great thing for the country.

However, if you look at the index, you will find something strange. Let’s see which 24 countries make up the developed market index.

PIGS, referring to Portugal, Italy, Greece and Spain, are southern European economies with excessive debts and huge account deficits, but they are all sitting in the top seats.

Which better deserves the title of a developed market? A country that is begging for a bailout package from the European Union and the International Monetary Fund or a country with over $270 billion in the foreign currency reserve?

The stock markets of Greece and Portugal are insignificant in comparison, with only 0.12 to 0.13 percent of global market capitalization.

The Financial Times Stock Exchange (FTSE), another index provider competing with the MSCI, has included Korea in the category of 25 developed markets since 2008.

It is unknown whether the MSCI is being particularly strict with Korea or if it is discriminating for some other reason.

At any rate, it is regrettable that it seems to be using a different set of standards when judging Korea compared to what it did for some southern European nations now suffering from sovereign debt crises.

After Greece was included in the MSCI developed markets index, its stock index fell. That’s why skeptical views on the credibility of the MSCI index are spreading. If a referee is not fair in a World Cup match, the authority of the sports competition is undermined.

Of course, the Korean government needs to consider what the MSCI is asking for in a more positive light. Korea does not comply with global standards when it demands exceptions from the rules by citing its unique situation.

I hope to hear more great news as glorious as the football victory on June 22.