A bittersweet play of fate at the Cup

A bittersweet play of fate at the Cup 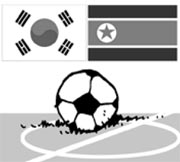 FIFA’s approval of the qualification of Alfredo di Stefano - a star player on Real Madrid - as a member of the Spanish national team in 1956 created a big stir in the football world.

Only three years before, FIFA had ruled that di Stefano, who once played for the Argentine national team, could not switch his nationality to Colombia to be part of the Colombian national team at the 1954 FIFA World Cup. Critics questioned whether FIFA had changed its position for the sake of sales, because di Stefano had become the world’s top scorer since acquiring Spanish citizenship. Unfortunately, Spain failed to qualify for the 1958 World Cup finals.

In 1962, di Stefano helped Spain qualify for the World Cup, but a muscle injury before the tournament prevented him from playing. Di Stefano, one of the greatest players of all time, played with three different national teams during his career. Yet he failed to appear in the finals even once.

At every World Cup, some players get mired in controversy after switching nationalities. However, today FIFA maintains that a player who once played for a national team in an international football match cannot play for the national team of another country.

There are many players who have to choose between two nationalities due to their personal background. Enzo Scifo, who was one of the greatest midfielders of the 1980s, could play for the national team of Italy or Belgium, because his parents were Italian-Belgian. Although the Italian national team sent him offers, he refused because “it is more important for me to play with my colleagues.” He helped the weak Belgian national team advance to the semifinals of the 1986 World Cup.

Kevin-Prince Boateng of the Ghanaian team and Jerome Boateng of the German team are half brothers. Though both of them played on a German youth team, they are now pitted against each other in the same World Cup group after Kevin-Prince, the elder, declared he would play for Ghana, his parents’ home. After failing to make the German national team, he joined Ghana because it was easier for him to make the final cut on his ancestral home’s team.

Last Wednesday, Jong Tae-se, a player on the first North Korean team to compete in the World Cup in 44 years, cried on the pitch, which has become a topic of conversation. Jong, who is a third-generation Korean resident of Japan, plays for the North Korean team even though he holds a South Korean passport. He explained the reason why he shed tears: “I felt a lump in my throat at the thought that I had finally come to play at the World Cup. I never imagined that I would play against Brazil in a big international football match like this.”

I think his tears created a sensation not because of ideology or national division, but because the spirit of a young man who staked his entire life on football looked so pure to the spectators.

BTS’s “Butter” remains at No. 1 on Billboard singles chart