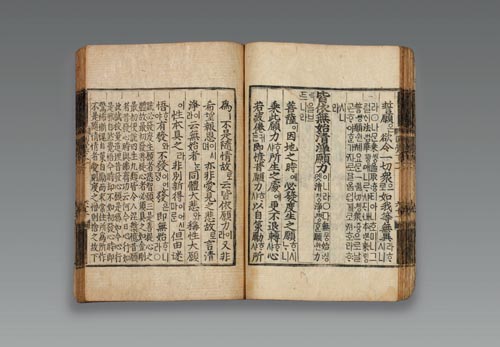 
The original title of Wongakgyeong, a collection of Buddhist scriptures, is translated as “The prime scripture among all the Buddhist sutras, as it explains enlightenment, which is big, upright and enormous.”

Produced and issued during the Joseon Dynasty, Wongakgyeong is a Korean translation of ancient Buddhist texts and was engraved and published at an institute.