A road map for a nuclear free world

A road map for a nuclear free world 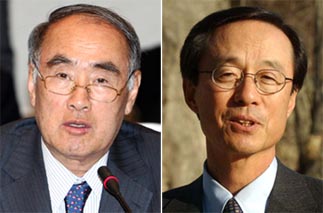 This year marks the 40th anniversary of the Treaty on the Nonproliferation of Nuclear Weapons (NPT). In May 2010, at the recent NPT review conference, the parties to the treaty successfully adopted a fi nal document that contains specifi c measures to strengthen the NPT regime. The document articulates a world free of nuclear weapons as the ultimate goal of nuclear disarmament.

We highly appreciate the initiatives taken by these four wise men that have helped to make progress toward a world free of nuclear weapons. We also appreciate President Barack Obama’s efforts to courageously translate this vision into specific policy measures. In his historic Prague speech in April 2009, Obama emphasized “America’s commitment to seek the peace and security of a world without nuclear weapons.” In April 2010, President Obama signed a New START agreement with President Medvedev of Russia, in which the leaders solemnly declared their joint commitment “to eliminate all nuclear weapons globally” and agreed to substantially reduce their respective strategic nuclear weapons.

Our support for these efforts is directly related to the grim reality we face in Korea and the vision of the Korean Peninsula without nuclear weapons. The nuclear weapons programs in North Korea constitute a “clear and present” danger to the peace and stability in this region and undermine the credibility and effectiveness of the NPT regime. North Korea’s nuclear weapons programs, along with those of other potential proliferators, “highlight the fact that the world is now on the precipice of a new and dangerous nuclear era,” as the four statesmen pointed out. As such, the North Korean nuclear issue should be addressed not just in the Northeast Asian regional context, but also in the context of nonproliferation efforts across the globe. 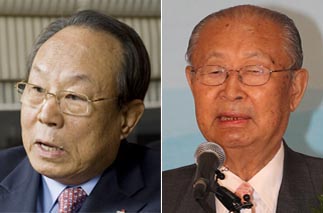 Therefore, we fully endorse the vision of a world free of nuclear weapons as proposed by the four U.S. statesmen, and further state our views on how to achieve that goal as follows:

First, the NPT, the foremost global nonproliferation regime comprising both nuclear weapon states and nonnuclear weapon states, should be further strengthened and reinforced. In order to meet the challenges of the post-Cold War era, the NPT should be implemented in good faith and with urgent action taken in all three pillars of the basic bargain — nuclear arms reduction, nonproliferation and peaceful use of nuclear energy. New aspirants for nuclear weapons like North Korea should not be allowed the status as nuclear-weapon state.

Third, another urgent task in the multilateral arena is to bring into force the 1996 Comprehensive Nuclear Test ban Treaty (CTBT), a core element of the international nuclear disarmament and nonproliferation regime, as soon as possible. We strongly encourage the U.S. Senate to accelerate the ratification process of the CTBT so that other remaining states will follow suit. Such a move will send a strong signal to nuclear aspirants, such as North Korea, which conducted nuclear tests.

Fourth, another important task consists of halting the production of fissile material for weapons globally and removing them. In this context, we endorse the outcome of the NPT Review Conference which urged the Conference on Disarmament (CD) to immediately start negotiations on the Fissile Material Cutoff Treaty (FMCT). Efforts should be made to take advantage of the precious momentum of a high-level meeting to be convened by the UN secretary general in September in support of the work of the CD.

Fifth, we join the call by the international community for efforts to promote universal adherence to the NPT and to apply IAEA comprehensive safeguards to all source or special fissionable material in all peaceful nuclear activities. In this regard, we also urge North Korea to return to the NPT as soon as possible and to faithfully comply with the IAEA safeguards agreement.

Sixth, we welcome the Communique of the Washington Nuclear Security Summit and its Work Plan, and its decision to hold the 2012 Nuclear Security Summit in Korea. We also endorse the series of recommendations adopted by the 2010 NPT Review Conference. International cooperation should be augmented in such forums as the UN, IAEA, G-8 Global Partnership and the Global Initiative to Combat Nuclear Terrorism (GICNT). We will ensure that the 2012 Nuclear Security Summit in Korea will be instrumental in achieving the goals set by the world leaders. The effective implementation of existing agreed measures is no less important than the development of new ones.

Seventh, we take note of the fact that the NPT Review Conference in May emphatically reaffirmed the right to use nuclear energy for peaceful purposes, taking into account the particular needs of the developing countries to receive international support and IAEA technical cooperation.

In view of the renewed global interest in nuclear energy, close cooperation between nuclear industries, governments and international organizations, such as the IAEA, is crucial in ensuring that civilian nuclear energy programs benefit those in need without the risk of proliferation or nuclear terrorism.

Last but not least, we should redouble our efforts to resolve regional problems and confl icts that prompt countries to aspire to be nuclear weapon states. We welcome the adoption of the NPT fi nal document which calls on all Middle East states to participate in a conference on peace in the region to be held in 2012 and endorse the follow-up efforts by concerned countries and the UN. We also join the call by the NPT Review Conference urging North Korea to fulfi ll its commitments under the Six Party Talks in accordance with the September 2005 Joint Statement and to return to the NPT as North Korea’s nuclear weapons programs continue to present a key challenge to regional and international peace and security as well as nuclear nonproliferation.

Our colleagues in the International Committee on Nonproliferation and Nuclear Disarmament (ICNND) admonished us in their latest report as follows: “maintaining the status quo is not an option. The threats and risks associated with the failure to persuade existing nuclear-armed states to disarm, to prevent new states from acquiring nuclear weapons, to stop any terrorist actor from gaining access to such weapons, and to properly manage a rapid expansion in civil nuclear energy, defy complacency.” We believe that now is the right time to act and carry the momentum of nonproliferation and disarmament forward. We in Korea will join the journey toward these goals, in the year marking the 60th anniversary of the outbreak of the Korean War and the 40th anniversary of the NPT.