Take this job and shove it

Take this job and shove it 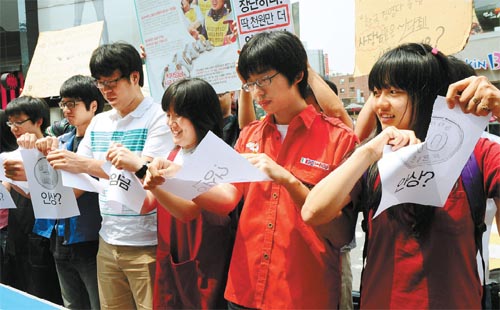 Students and members of People’s Solidarity for Participatory Democracy rip up signs of a 10 won ($0.01) coin to protest a proposal by employers to raise the minimum wage by 8 won. The protest, held in Daehangno, central Seoul, called for a rise in the minimum wage by 1,000 won to 5,100 won. [NEWSIS]