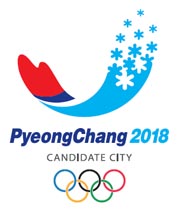 Korea’s bid to host the Olympics took a step forward this week, as all three applicants for the 2018 Winter Olympics and Paralympic Winter Games won candidate city status after a review by the International Olympic Committee’s Executive Board in Lausanne, Switzerland, on Tuesday.

Pyeongchang, Gangwon; Annecy, France; and Munich, Germany were upgraded from applicants to candidates.

“We are honored that the IOC has selected us as a candidate city and look forward to sharing our vision for the Games with the Olympic family in the coming months,” said Cho Yong-ho, chairman and CEO of the PyeongChang 2018 Bid Committee. “A lot of dedication and hard work has brought us here today, but we realize that we all have a long way to go until Durban.” 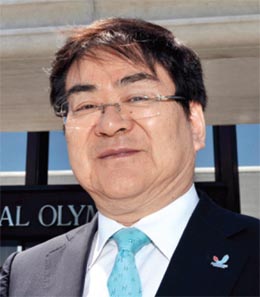 Tuesday’s review on 10 categories including general infrastructure, environment, accommodation, transport, safety and finance showed Munich narrowly ahead of Pyeongchang. Annecy, on the other hand, has some issues to sort out if it is to improve its chances. Annecy’s bid, featuring 10 stand-alone venues and two Athletes Villages, failed to impress the IOC’s Executive Board and scored the lowest of the three candidates.

“We are determined to listen and learn and continue to improve our Games plan and bid book submission. We understand that some issues have been raised by the IOC in their report, but we also know that we have a strong team in place that will address each of these concerns,” Cho said.

The PyeongChang 2018 Bid Committee had its logo approved by the IOC on the same day. The logo contains the text “Candidate City” and will be used to promote the city’s bid.

Each candidate city must submit its candidature file by Jan. 11, 2011. The files will be reviewed by the IOC Evaluation Commission. IOC members will also conduct on-site evaluations of the candidate cities prior to the final vote at the IOC Session in Durban, South Africa, on July 6, 2011.

With strong support from the government and the help of Korea’s Olympic medalists, Pyeongchang is hoping its third bid will prove successful. Pyeongchang previously lost out to Vancouver, Canada, and Sochi, Russia for the 2010 and 2014 bids, respectively.