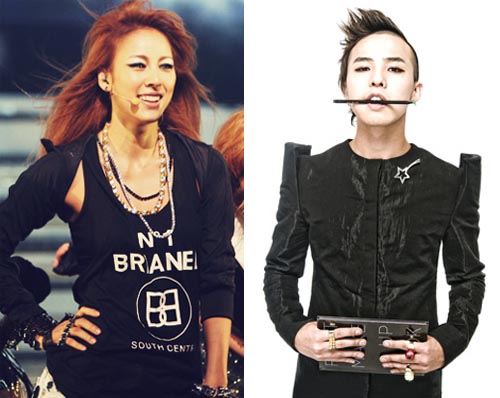 Separate plagiarism scandals have ensnared several Korean pop stars as of late, including Lee Hyo-ri, below left, and G-Dragon, below right. [JoongAng Photo]

After coming under fire months ago over plagiarism allegations, pop star Lee Hyo-ri admitted Sunday that six of the tracks on her most recent album were in fact plagiarized.

“After investigating the questionable parts of my songs, it turned out that those songs were plagiarized. I will do everything in my power to take moral responsibility for this matter,” she wrote on her official fan site, “Hyo-Ri Together.” “Unfortunately, I don’t think I will be able to further promote the album for the time being.”

While plagiarism is a familiar story in Korea - with cases dating back to the 1960s - Lee Hyo-ri’s response to the accusation is anything but. Oftentimes, artists ignore or deny any allegations of plagiarism until the issue blows over. 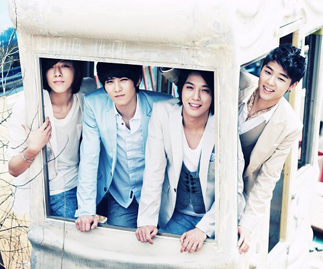 The group CNBLUE has also been accused of plagiarism. [JoongAng Photo]

The pop diva is no stranger to claims of plagiarism. In 2006, after Britney Spears’ songwriters accused Lee of lifting portions of Spears’ song, “Do Somethin’,” for her own track, “Get Ya,” the Korean singer took a sudden hiatus.

This time, Lee, after initially denying the allegations, decided to come clean and take legal responsibility for the issue - even though she may not be at fault.

The six songs under scrutiny were all composed by the seven-member songwriters’ group Bahnus Vacuum, led by Bahnus (Lee Jae-young). For now, plagiarism accusations about three of the six songs have proven to be true. The rest are still until investigation.

This latest scandal arose soon after the April release of Lee’s fourth album, “H-Logic.” Her tune “Bring It Back” was quickly compared to Canadian pop group Cookie Couture’s “Boy, Bring It Back”; “Feel The Same” was found to be plagiarized from Canadian singer Melanie Durrant’s song by the same name; and “How Did We Get” was accused of being lifted from American R&B star Jason Derulo’s “How Did We.”

The other tracks called into question are titled “I’m Back,” “Memory” and “Swing.”

Plagiarism among Korean entertainers has long been a problem. The earliest entry on the list of alleged offenders would appear to be Lee Mi-ja for her famous 1960s tune, “Island Teacher,” which copied a Japanese song.

In the 1990s, the pop group Roo’ra cut their career short when their song, “Cheon Sang Ji Ae,” was found to be copied from the Japanese group Ninja.

The list continues to grow to this day, with accusations against new boy band CNBLUE over their single “I’m an Outcast” (for its similarity to “Blue Bird” by the indie band Ynot) and Big Bang member G-Dragon. Last year, Web users said G-Dragon’s solo hit “Heartbreaker” stole from U.S. rapper Flo Rida’s song “Right Round.” But Flo Rida later praised G-Dragon for his “American influence” and lent his rapping to a new version of Heartbreaker.

So why is the nation’s music industry so vulnerable to plagiarism scandals?

As it turns out, Korea has no established system to handle such disputes. The Performance Ethics Committee oversaw plagiarism cases in the past, but since being renamed the Korea Media Rating Board in 1998, no single body has been responsible for resolving plagiarism issues.

Almost all cases are handled through informal negotiations, although copyright holders can bring cases to the Korea Copyright Commission or to court. Those convicted can be sentenced to up to five years in prison and a maximum fine of 50 million won ($42,000), but few cases, if any, have involved court rulings.

“Plagiarism is a matter related to an individual composer’s conscience. There should be laws or systems to define what is plagiarism,” said composer Park Deok-sang.