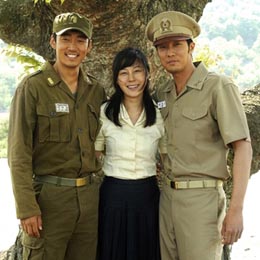 If you haven’t been fighting over the remote with your family, the drama lineup for the latter half of this year will make you do so.

The start of this torrid TV tangle is the MBC drama “Road No. 1,” which commenced yesterday. The Korean War story line is portrayed by the former boy band leader Yoon Kye-sang, actor So Ji-seob and actress Kim Ha-neul.

Feeding the drama craze will be heartthrobs Lee Seung-gi and Shin Min-ah with the SBS drama “My Girlfriend is a Nine-Tailed Fox.” This drama, scheduled to run on Aug. 11, was written by Hong Jeong-eun and Hong Mi-ran, who are the producers of hit dramas “Couple or Trouble” and “You’re Beautiful.” 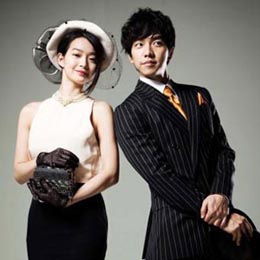 Next is the spin-off of the popular drama “Iris,” titled “Athena: The Goddess of War.” Although Athena seems already guaranteed for success due to its predecessor, producers have brought in top actors such as Jung Woo-sung, Soo-ae and Cha Seung-won. Filming for the drama will start next week and is planned to air at the end of this year.

Ko Hyeon-jeong and Kwon Sang-woo will be appearing on the SBS drama “Big Fish,” which is scheduled to hit the airwaves in October.

The setting for this drama is derived from the works of cartoonist and painter Park In-kwon, and depicts a human rights lawyer with a gold digger who gets involved in politics.