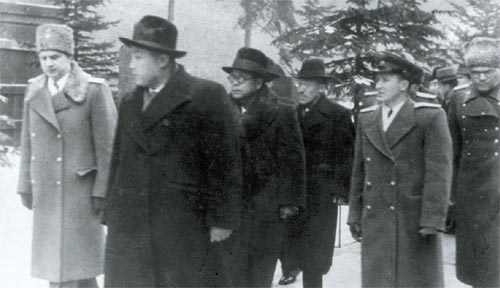 The Korean War started when the United States invaded North Korea, or so it says - falsely - in one Chinese textbook that has left the South Korean public in a tizzy this week.

“This is probably because the Chinese did not bother to change what they had in their textbooks a long time ago,” said Lee Tai-hwan, an analyst at the Sejong Institute.

This is the latest in a string of textbook disputes that South Korea has fought with its neighbors, most often Japan.

The latest text in question is a history book for junior high school students that was approved by the Chinese government and published in January. Over the course of five pages, the textbook details the so-called U.S. invasion of North Korea and states that the war ended with a victory for China and North Korea - not the cease-fire that actually halted combat.

“[The Chinese officials] might have thought that there was a lack of evidence to prove the [North Korean] invasion of South Korea,” Lee said.

But for those in search of the actual facts, they’re evident in the flurry of telegrams exchanged between members of the Kim Il Sung and Stalin regimes from 1949 to 1954. Translated and made available by the Woodrow Wilson International Center for Scholars in the U.S., the documents, once top secret, were released in the 1990s.

One of the telegrams, dated Sept. 3, 1949, from Russian Ambassador Terenti Shtykov to then-Soviet Foreign Minister Andrey Vyshinsky, specifically outlines Kim Il Sung’s request to Stalin to attack the South: “Mun Il [the interpreter] said, Kim Il Sung asks permission to begin military operations against the south” and “if the international situation permits ... they are in a position to seize South Korea in the course of two weeks, maximum two months.”

Sharing such primary source texts with Chinese historians could rectify the situation. “This seems to be a problem that could be resolved through cooperation with scholars from both countries,” Lee said.

The Wilson Center documents are an invaluable source detailing the buildup to the war.

A 1949 telegram from Grigory Tunkin, the minister counselor at the Soviet Embassy in Pyongyang, North Korea, discussed Kim Il Sung’s request for war: “The partial operation outlined by Kim Il Sung can and will probably turn into a civil war between north and south.”

Tunkin also foresaw that the U.S. would probably “intervene in Korean affairs more decisively than they did in China and, it goes without saying, apply all their strength to save Syngmann [sic] Rhee.”