The leaders of the two Koreas are killing the North Korean people by using them as shields as they dig for dirt to sling at one another, according to an aid expert who recently visited the North.

Wolfgang Gerstner, a German who heads the North Korea aid program at Caritas Internationalis, an international aid group, said in an interview on Wednesday that food shortages and public health concerns in the North are reaching critical mass, in part due to international sanctions by nations including South Korea.

Gerstner said that during a four-day field visit to North Korea that ended on June 12, he observed a humanitarian crisis. To draw international attention to it, he said the South Korean government should lift its sanction on inter-Korean aid.

Seoul severed all humanitarian aid to the North - except for assistance to children - on May 24 in response to the sinking of the South’s Cheonan warship, which has been blamed on the North. South Korea has urged the international community to join in on the sanctions. 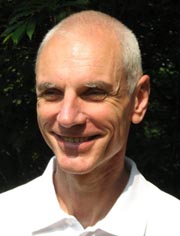 For many of them, the suffering is hunger. Food shortages have been a perennial problem in the North for two decades. But according to recent reports by local aid groups, an increasing number of people there are starving to death, stoking concerns of a recurrence of the worst food crisis to face the North since the 1990s famine that claimed millions of lives.

“The food security situation [in the North] is quite serious. I would say it is critical,” Gerstner said.

Gerstner said food production in the North is vulnerable to natural disasters such as floods and drought. A poor crop last year was exacerbated by the failed currency reform that wiped out families’ savings and the North’s nascent black markets. Those factors, plus a shortage of fertilizer because of reduced international aid, may mean there is little relief in sight, he said.

Gerstner said public health, in particular children’s health, is being jeopardized by shortages of medicine and “supplementary food” - food that provides necessary nutrients lacking from the common North Korean diet - for which the North has long relied on from international aid.

Hepatitis B currently poses a particular danger to young North Koreans, and health authorities in the North have asked Caritas to extend its vaccination program, which between February and April treated nearly 500,000 North Koreans aged 7 to 17.

“We’re already supplying soybeans, vegetable oil and sugar to 22 tuberculosis care centers, but when I was there this time, the Ministry of Public Health of North Korea asked us to supply supplementary food to patients at all the tuberculosis and hepatitis care centers in the country,” he said.

Caritas International launched the first international program from the private sector to aid North Korea in 1995. The group has spent $33.8 million on relief efforts in that country.