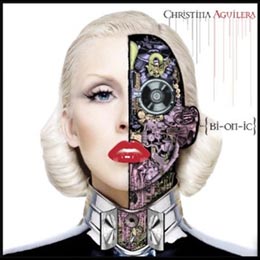 There comes a time when all teen stars need to go through an agonizing transition period, from being a bubblegum princess to a serious musician, if they want to continue their career. Christina Aguilera, with her blonde hair and upbeat songs, had a heated rivalry with pop icon Britney Spears that started with her debut album, “Genie in a Bottle,” until she separated herself from the teen crowd with various successful attempts at finding her true style.

With “Bionic,” the recent album released by the former pop princess, she ventures into electronica - the “it” sound nowadays thanks to Lady Gaga - and one cannot erase the feeling that the quirky queen had some influence. Her title track, “Not Myself Tonight,” is a distinct reminder of Gaga’s recent releases.

Although Aguilera’s previous albums showed her developing passion for music, this time it feels like she is trying too hard. Maybe it would have been best had she stuck with what she knows and the things her fans expect: great singing skills with a fresh sound that is bold and original - instead of doing what everyone else does.