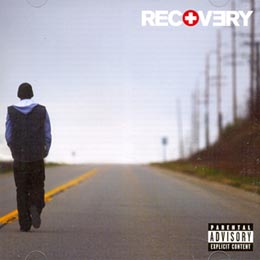 If the hard-core Eminem fans among you are expecting to hear the artist in his element on his new album, there is a high chance that you will be disappointed. Eminem novices, however, may find they enjoy the experience.

Last year, Eminem released his first album in five years, a look at the despair he felt at losing friends, proving his hiatus hadn’t affected his music.

With “Recovery,” Eminem tried to reach out to a bigger, younger audience by including such renowned music icons as Pink, Rhianna, Lil Wayne and others. His attempt has so far been successful. His new single “Not Afraid” went to the top of the Billboard chart as soon as it was released. If you haven’t listened to much Eminem, or much rap, the songs “Not Afraid” and “Won’t Back Down” are good introductions to the genre. The latter features Pink and is closer to the upbeat strains of pop than the rougher sounds of rap. Long-term Eminem fans, however, will want to go straight to “Going Through Changes” and “So Bad,” which reflect the singer’s trademark style.