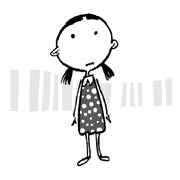 In a remote rural village in India where there is no electricity and no potable water, villagers have but one modern contraption. It’s an ultrasound machine.

For 500 rupees, or $10.85, future parents can find out the health and sex of their fetus. While 500 rupees is a large sum of money to many families, the villagers consider the sonogram a necessity. If they discover the fetus is a girl, they frequently request an abortion. If it is a boy, they rejoice in their good luck.

Amartya Sen, an Indian scholar who received the Nobel Memorial Prize in Economics, estimates that over 100 million potential baby girls have vanished worldwide in this manner.

What is the reason for these sex-selective abortions? In India, a girl is a large financial burden for poor families. The marriage system dictates that a bride’s family must foot the wedding bill and prepare a large dowry for the groom’s family.

Because of this, there is an advertisement for ultrasounds in this rural Indian village that boldly asserts, “Invest 500 rupees now and save 50,000 rupees later!”

Not far from India, the Muslim country of Saudi Arabia faces similarly disturbing trends. When a 12-year-old girl was forced to marry a man in his 80s recently there, women’s advocates raised their voices in protest.

While it is customary in such child marriages for the groom to postpone sexual relations with the bride until she has reached puberty, this particular groom did not wait. The girl suffered massive internal damage as a result and was hospitalized on her wedding night.

After this tragedy, many people in and outside of Saudi Arabia called for the designation of a minimum marriage age in the country, but the campaign was silenced when religious leaders insisted on following the tradition of child marriage. A United Nations survey found that one sixth of Muslim girls between age 15 and 19 are either married, divorced or widowed.

Before the G-20 Summit in Toronto this past weekend, a parallel summit was held. Young women from all of the G-20 countries, including India and Saudi Arabia, gathered to demand that advanced counties abide by their 2000 pledge to accomplish the Millennium Development Goals, which include the eradication of poverty and the protection of women’s rights. The women presented a resolution to the G-20 Summit leaders condemning the poor treatment of girls in many countries.

I wonder whether, buried under pending issues including the restructuring of the global financial system, world leaders took the proper time to listen to the concerns of these young women. The task of assuring the health, security and education of girls is an urgent task for the global village.