[In-depth interview] A Korean in all but nationality

[In-depth interview] A Korean in all but nationality 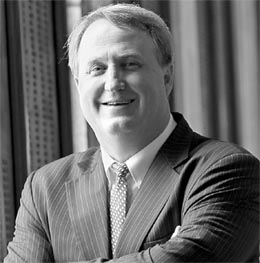 Cho Young-gil, a former Minister of National Defense came up to John Linton, director of the International Health Care Center at Severance Hospital, right after the founding ceremony on June 21 for the Korean War Commemoration Foundation, which aids the descendants of foreign soldiers who participated in the Korean War. Linton was appointed as a director of the foundation.

“How do you speak Korean fluently?” said Cho, looking impressed, as the 1.9 meter (6 foot 3 inch) tall, blue-eyed Linton greeted him in fluent Korean. “It is an honor to meet you, General Cho. Where are you from?” replied Linton. “South Jeolla, Yeonggwang,” said Cho. Linton suddenly grinned. “Oh, I’m from Suncheon, That’s why I thought your accent sounded familiar. It is good to see someone from near my hometown.”

John Linton was born and raised in Suncheon. In his office at Severance Hospital, hangs a picture of him and his friends, looking mischievous with dirt on their faces. “These are my friends. I still keep in touch with them. They give me comfort,” said Linton. He talks in the southwestern regional dialect to people back home. That is how comfortable he feels with them. He claims that his hometown Suncheon is the center of the universe.

Linton is a fourth generation descendent of Eugene Bell (1868-1925), the first U.S. missionary who came to southwest Korea in 1895. Linton’s grandfather was William Linton, who founded Hannam University in Daejeon, and became a son-in-law of Bell. The Bell and Linton families since then have worked closely together in Korea in various fields, including education, missionary work and medical services. The families established the Eugene Bell Foundation to commemorate the 100th anniversary of Bell’s missionary work in 1995. Linton and his brother have followed in the family’s footsteps by providing medical services to North Korea to eradicate diseases such as tuberculosis.

The Korean War has a special meaning for Linton. His father, Hugh Linton, and his uncle, Jeff Flowers, fought in the war as officers. “The Korean War reminds me of the message of hope and the importance of freedom that my father actually witnessed,” said Linton. “My father was born in Korea but he worked as a naval officer in the United States. Then he came back to Korea with Douglas MacArthur to recapture the capital city during the Korean War.”

Linton said his father didn’t talk much about the war, but when he did he emphasized the importance of democracy and freedom that was earned at the cost of many precious lives. “Whenever he repeated that story, I thought ‘Oh, he’s talking about the ancient times again, I’m sick of listening to it,’” said Linton.

His father, who became a pastor, was discharged in Korea in 1954 and decided to stay in Seoul. Linton mentions that growing up, he was ashamed that his father always wore a pair of black rubber shoes. “He was wearing them the day he died. I remember I was embarrassed to have my father seeing me off at Suncheon Station for my first day at medical school. Now when I think about it, I am proud of him for wearing them.” Linton’s father died in a taxi cab on the way to the hospital in Suncheon after being involved in a car accident in 1984 because there was no ambulance.

After his father’s death, Linton decided to donate an ambulance to the Suncheon fire department. His mother, Lois Linton, who has been running a sanitarium for tuberculosis for the past 30 years, donated 50 million won ($41,550) that was awarded to her for the Ho-Am Prize in 1996, to provide ambulances to North Korea.

Q. What have you learned from your family?

A. My father said he truly believed that there’s a chance of hope in this country. Even though people were poor and hungry, no one ever coveted things that were are not theirs. He said Koreans have moral standards that have been passed on for five thousand years. He trusted the potential Korea had. When he was going around to small churches in the United States and asked for help to support Korea, he always appealed to them by saying how much hope, virtues and diligence the country had.

What do you think of people who claim that South Korea attacked the North first in the Korean War?

The war generation should be sorry that they have educated the younger generation with incorrect information. The North Korean government insists that it was South Korea who attacked first as well. I had a conversation with North Koreans on that subject when I visited Pyongyang. I said, ‘Friends, give me some evidence that South Korea in fact attacked the North. I cannot possibly imagine how North Korea managed to deal with a sudden attack and then rushed down south and captured Seoul in three days.’ No one was really able to challenge me on that.

Democracy is hard to keep. The most unfortunate thing is that Koreans never respect what they have achieved for the past 60 years, while people all over the world think highly of what Koreans have done to achieve democracy.

What do you think about the recent sinking of the Cheonan?

I remembered that one of the foreign Cheonan investigators came to me to get a checkup with his sinus infection. We talked about who was to blame for the attack. The investigator claimed that it is not an accident, it was all planned by the North Korean government and he was 110 percent sure that it was a North Korean torpedo that attacked Choenan. I wanted to believe what he told me. But at the same time, I can understand why Koreans would not want to believe the words coming from the government and the ruling party. They have been fooled by the government and the ruling party many times, especially during the Japanese colonial period and the military dictatorship. What is different now from then is that Koreans actually elected this government. That is why Koreans should trust the government on what it is doing. For example, everyone in the opposition party was against construction of the Gyeongbu line at that time. The evaluation of the government can only be done after they are finished governing.

Is there any reason why you have not become a naturalized Korean citizen?

I once thought about doing so. But, I’m glad that I haven’t done so yet. Being an American made things easier when I wanted to help North Korea with humanitarian aid. I’m going to discuss with my mother and decide if I am going to apply for dual citizenship when it becomes legal next January.